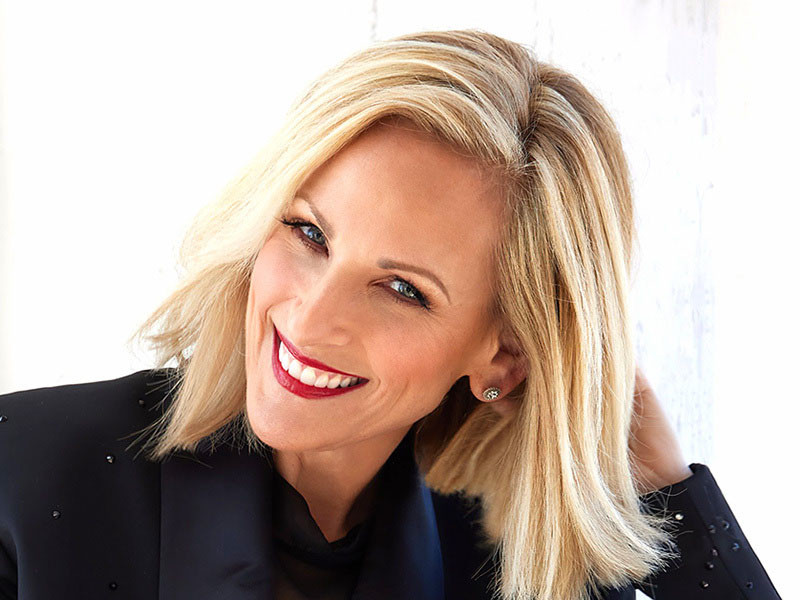 American actress and activist Marlee Matlin—the first deaf performer to win an Academy Award for best actress (Children of a Lesser God, 1986) and a star of the Academy Award-winning CODA (Child of Deaf Adults)—is coming to the Moore Theatre Sept. 16!. Matlin is known for her strong stance in seeking authentic representation of the deaf community and others with disabilities in movies and television. Want to learn more about Matlin, before attending the show? Here are 10 interesting facts to know about this fierce trailblazer.

1. She lost almost all hearing at 18 months old

Matlin was born Aug. 24 1965, Morton Grove, Illinois. She was only 18 months old when all hearing in her right ear was destroyed and 8 percent of the hearing in her left ear. In her 40s, a doctor told her the cause of her hearing loss was probably a genetic condition.

2. Matlin is an American actress and activist

In 1974 Matlin made her stage debut at 7-years-old in the production of The Wizard of Oz staged by the Children's Theatre of the Deaf. Her love for performing blossomed after that and she continued to act in Des Plaines, Illinois for the next several years. After graduating from high school, Matlin decided she wanted to try something different and studied criminal justice at a community college, in hopes of becoming a police officer. However, she later found out that her hearing loss would drastically limit her job options within law enforcement, so she left school and went back to what she loved most, acting. Alongside her acting, Matlin continued to stay vocal about deaf representation and accessibility for others in and outside the industry.

3. She is known for many firsts

For her debut film performance in Children of a Lesser God (1986), Matlin was the first deaf performer, as well as the youngest, to win an Academy Award for best actress.

4. Her performances in film and TV shows have resulted in numerous awards and nominations.

You may remember Matlin from Seinfeld, The West Wing, Law and Order SVU, The L Word, Switched at Birth, Glee and Quantico, to name a few. Collectively, these performances earned her a Golden Globe Award, (and two extra nominations), as well as four Emmy nominations. Along with film and television, in 2015, Matlin made her Broadway debut in the revival of Spring Awakening.

A still from "CODA." Courtesy of Apple TV+

5. Matlin has played numerous roles that have brought attention to and advocated for the deaf community

For example, in Children of a Lesser God, Matlin portrays a deaf cleaning woman at a school for the deaf who insists on communicating only in American Sign Language. She later portrayed the deaf mother of a hearing daughter who must fight her own hearing mother for the child's custody in the Bridge to Silence (1989). Most recently, the actress worked with other deaf cast members in the 2021 family drama CODA. This heartwarming, emotional film was the first majority-deaf cast to win best picture at the Oscars.

Along with acting and advocating, Matlin realized she had a passion for writing. In 2002, she released her first novel Deaf Child Crossing, which loosely describes her childhood. She then wrote a sequel called Nobody's Perfect and a New York Times bestselling autobiography, I'll Scream Later.

Ever wanted to learn American Sign Language? If so, Matlin has created an app where she teaches the language to millions of users.

8.Matlin has been honored by presidents

In 1994, President Clinton appointed Matlin to the Corporation for National Service and in 2010, Matlin joined President Barack Obama at the White House to celebrate the 20th anniversary of the Americans with Disabilities Act.

9. Matlin starred on ABC's Dancing with the Stars

In 2008, Matlin took to the stage again, but this time to dance—she joined the sixth season of ABC's Dancing with the Stars.

Since the beginning of her career, Matlin has been passionate about how deaf characters should be played by deaf actors. She has stated: "Enough is enough. Deaf is not a costume. It's not authentic and insults the community that you're portraying. Because we exist, we deaf actors. We do a much better job of portraying characters, telling stories that involve deaf characters because we lived it. We know it."

STG presents An Evening with Marlee Matlin, Sept. 16 at the Moore Theatre. Doors open at 7 p.m., show starts at 8 p.m. Prices start at $29.50 (not including fees). Tickets & more info at stgpresents.org.

Sources: Britannica: Marlee Matlin, The Guardian: "'Deaf is not a costume': Marlee Matlin on surviving abuse and casting authentically," and marleematlin.net. 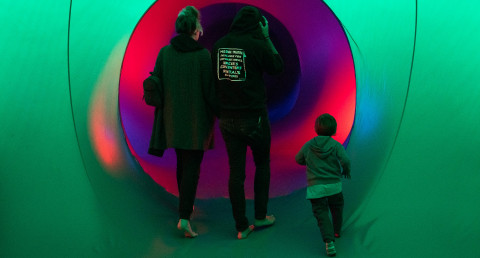 Things to do in Port Townsend
View all posts