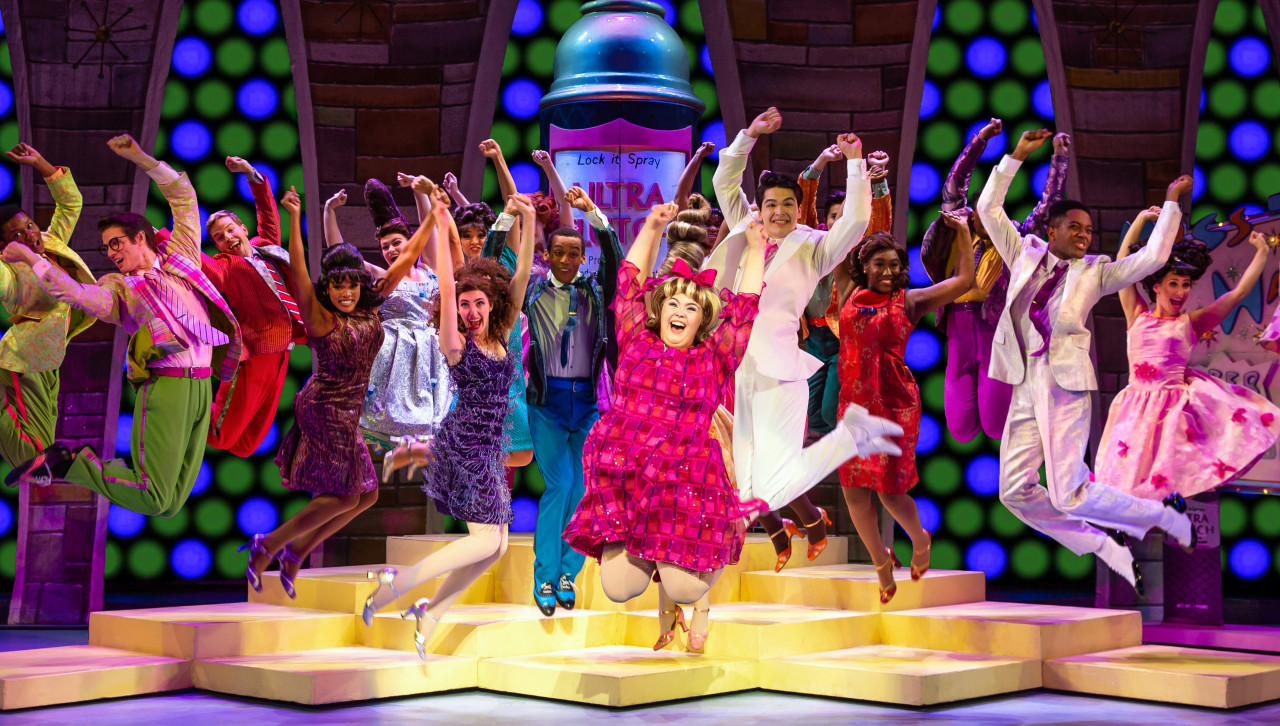 Looking for family-friendly entertainment in the emerald city? Seattle Theatre Group has you covered with a variety of music, dance, Broadway and film for kids and kids-at-heart! All STG shows take place at the historic theatres we steward—the Paramount, Moore or Neptune.

Now a singular presence in the ballet world, the Dance Theatre of Harlem Company tours nationally and internationally, presenting a powerful vision for ballet in the 21st century. The 18-member, multi-ethnic company performs a forward-thinking repertoire that includes treasured classics, neoclassical works by George Balanchine and resident choreographer Robert Garland, as well as innovative contemporary works that use the language of ballet to celebrate Arthur Mitchell's belief that ballet belongs to everyone. Through performances, community engagement and arts education, the Company carries forward Dance Theatre of Harlem's message of empowerment through the arts for all.

In a concert commemorating South Africa's Freedom Movement and the United States' Civil Rights Movement, three-time Grammy Award-winning Soweto Gospel Choir brings joy and inspiration to us all. The evening begins with South African freedom songs that inspired their Rainbow Nation, then moves to the United States with heartfelt renditions of the music of the Civil Rights Movement. The performance includes songs by Billie Holiday, James Brown, Otis Redding, Curtis Mayfield and the one and only, Aretha Franklin.

Hailing from Soweto (Southwest Township), a town outside of Johannesburg, the home of Nelson Mandela and South Africa's democratic movement, the choir continues to inspire audiences around the world with their powerful blend of African gospel, freedom songs and international classics. Comprising a line-up of some of South Africa's best vocalists, these uplifting performers have shared the stage and collaborated with the biggest names in contemporary music. 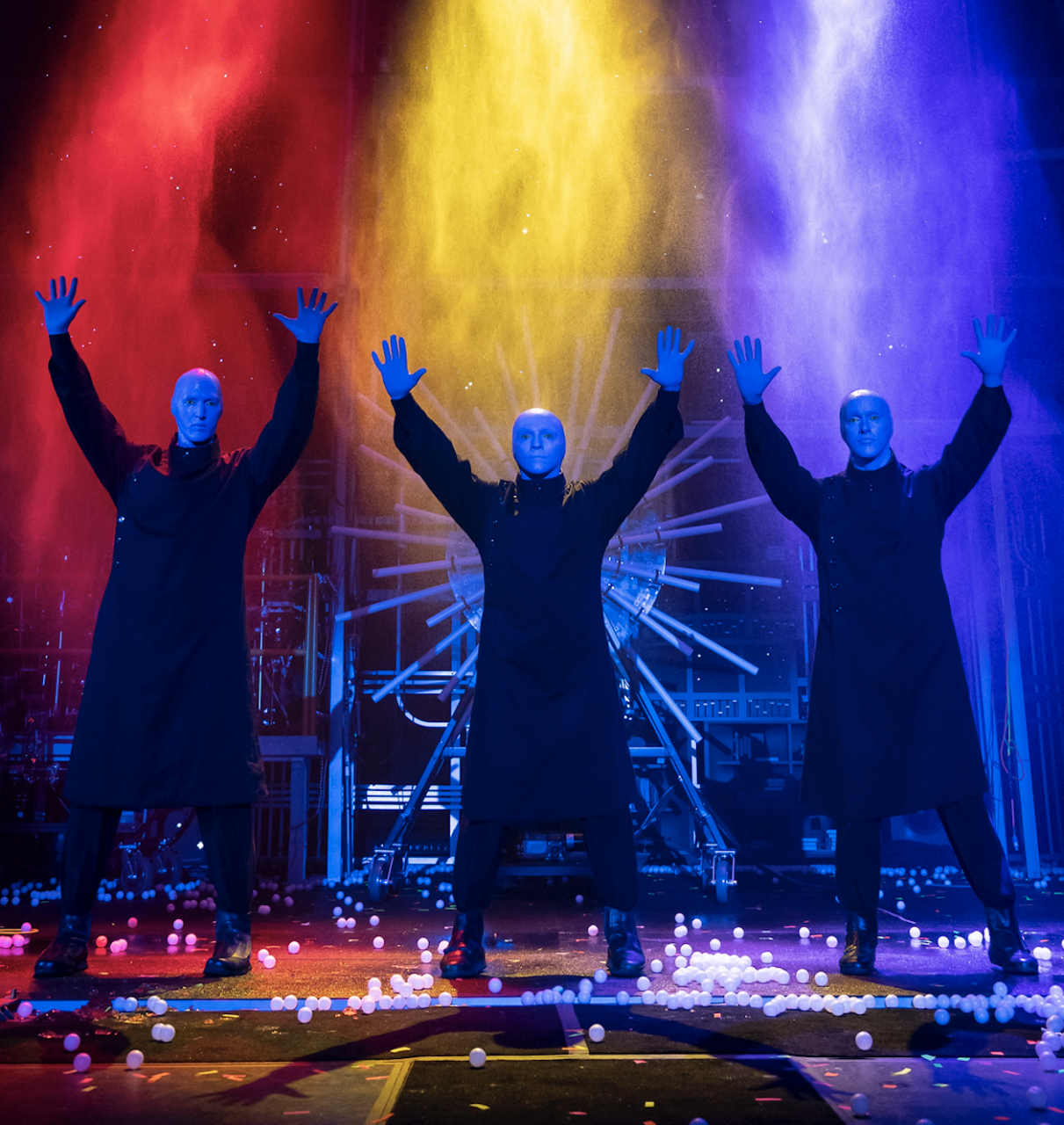 With only four strings, Jake Shimabukuro is a humble master whose mission is to connect and inspire people. Whether one on one or in front of an audience of thousands, Jake shares a deep emotional connection with the listener that is open, magical, and transcendent. Jake's genuine love for people, the spirit of holidays, and his beloved home of Hawaii are at the forefront. It will be a warm welcome of merriment and wonder for the season. 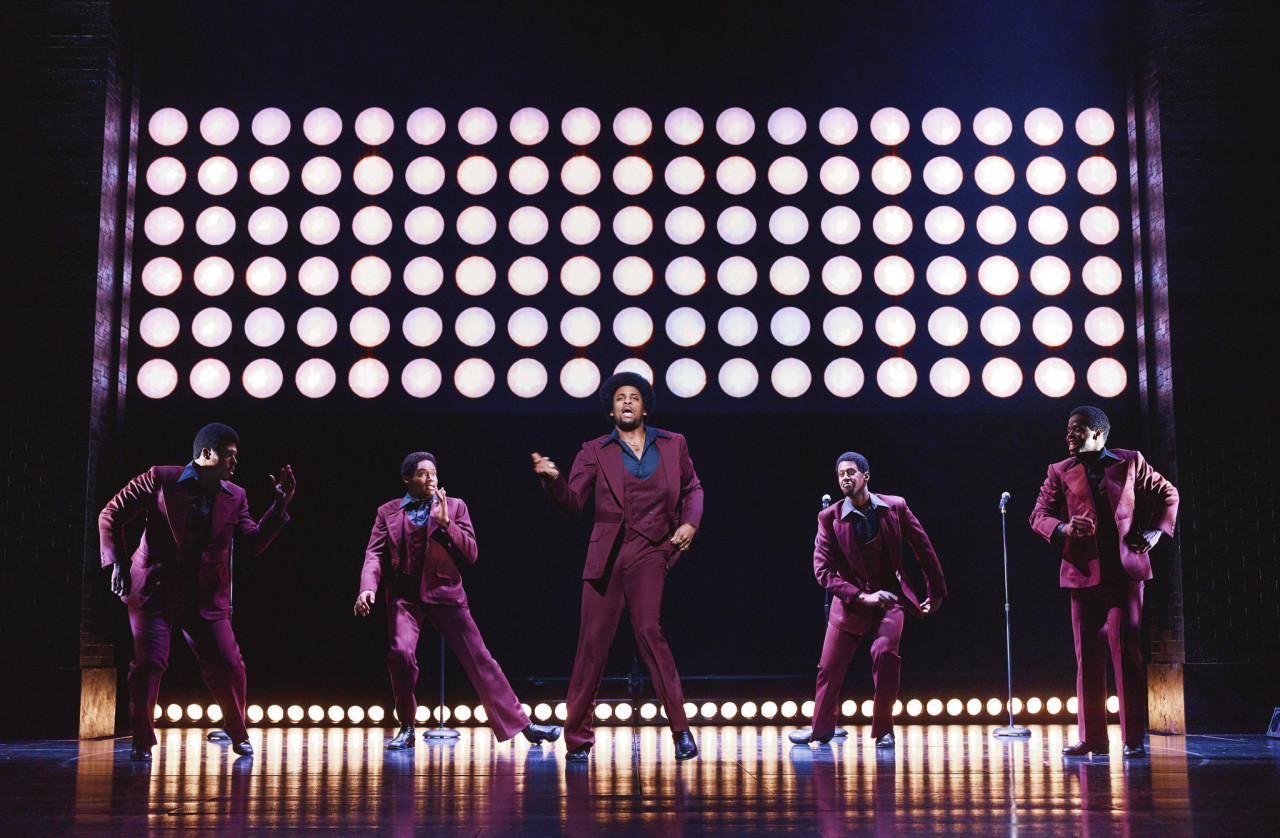 Aint Too Proud : The Life and Times of The Temptations

Aint Too Proud: The Life and Times of the Temptations

Ain't Too Proud – The Life and Times of The Temptations is the electrifying, new smash-hit Broadway musical that follows The Temptations' extraordinary journey from the streets of Detroit to the Rock & Roll Hall of Fame. With their signature dance moves and silky-smooth harmonies, they rose to the top of the charts creating an amazing 42 Top Ten Hits with 14 reaching number one.

Nominated for 12 Tony® Awards and the winner of the 2019 Tony Award for Best Choreography, Ain't Too Proud tells the thrilling story of brotherhood, family, loyalty, and betrayal, as the group's personal and political conflicts threatened to tear them apart during a decade of civil unrest in America.

When Dad feels like a little bit of Sunday afternoon time out, Bluey and Bingo have other plans! Join them as they pull out all of the games and cleverness at their disposal to get Dad off that bean bag. Bluey's Big Play is a brand-new theatrical adaptation of the Emmy® award-winning children's television series, with an original story by Bluey creator Joe Brumm, and new music by Bluey composer, Joff Bush. Join the Heelers in their first live theatre show made just for you, featuring brilliantly created puppets, this is Bluey as you've never seen it before, brought to real life. Bluey's Big Play is presented by BBC Studios and Andrew Kay in association with Windmill Theatre Co. 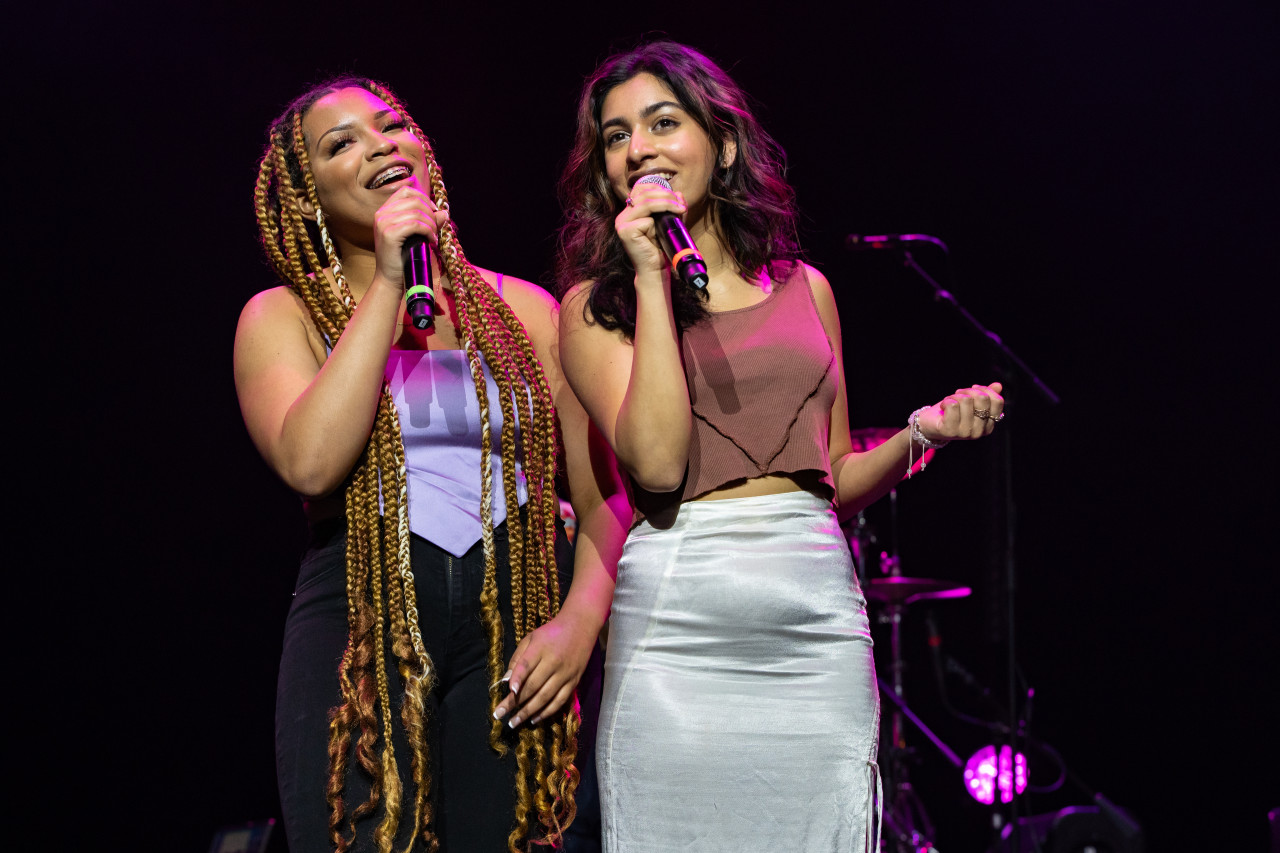 For 20 years More Music @ The Moore has featured exceptional young musicians mixing up diverse with the opportunity to learn through group collaborations, mentorships from music industry professionals, as well as opportunities for production and promotional support. The program culminates with a live performance by the artists, joined by a Renowned Music Director.

Indigenous Enterprise is a Native American dance troupe consisting of champion dancers from Canada and the United States. Their mission is to share the culture of Indigenous people and increase the understanding of Native identity through film, fashion, & dance. They have toured internationally and domestically since 2015. Indigenous Enterprise has produced five shows in Australia a total of since 2017 for various organizations. They are also the first Indigenous company to perform capacity sized shows at the Sydney Opera House in 2018 & 2019. In 2016 they collaborated and performed with the Black Eyed Peas for a music video and live concert. That production went on to win an award at the 2017 MTV VMA's for the song "Stand-N-Rock". In 2018 they won a film award for the documentary "Indigenous Enterprise'' at the international Chandler Film Festival. They performed in a sold out show at the Scotiabank arena in Toronto, Canada for the Rotary International conference in June 2018. In 2020 they made history by being selected to be the first Indigenous people to perform on Season 4 of NBC's World of Dance with Jennifer Lopez. They were called upon by filmmaker and choreographer Kenny Ortega to participate in and bring Indigenous representation to the 2021 "Virtual Parade" of the Presidential Inauguration of Joe Biden. Indigenous Enterprise was also featured in "The New York Times" on New Years day of 2021 with the Joyce Theater company.

Disney Musicals in Schools through STG builds sustainable musical theatre programs in under-resourced public elementary schools. The Student Share Celebration is a day to celebrate participating schools. Selected schools come together at the Paramount Theatre to share one number from the musical they've been rehearsing. Join us by supporting our community's 3rd-5th grade students as they perform a Disney KIDS song! 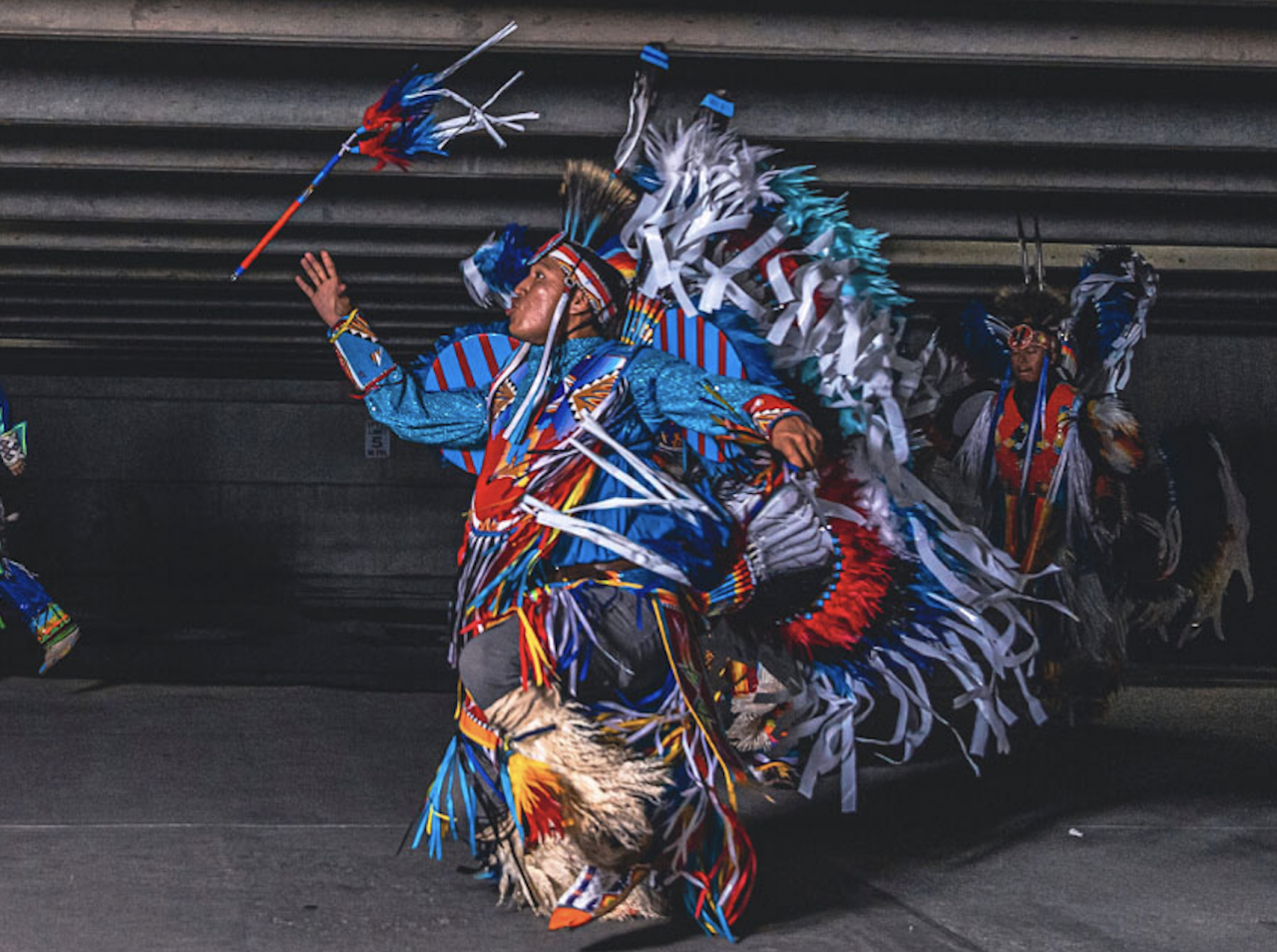 You Can't Stop the Beat! HAIRSPRAY, Broadway's Tony Award-winning musical comedy phenomenon is back on tour! Join 16-year-old Tracy Turnblad in 1960's Baltimore as she sets out to dance her way onto TV's most popular show. Can a girl with big dreams (and even bigger hair) change the world?

Featuring the beloved score of hit songs including "Welcome to the 60's," "Good Morning Baltimore" and "You Can't Stop the Beat," HAIRSPRAY is "fresh, winning, and deliriously tuneful!" (The New York Times).

Mabel Normand and her pets star in A Little Hero (1913) produced by Keystone and directed by Mack Sennett. Mabel's canary bird, pet dog and cat get into all kinds of mischief.

Buster Keaton stars in The Scarecrow (1920) who co-writes and co-directs with Edward F. Cline. Buster plays a farmhand in hilarious antics with automation and rural life including a madcap chase from Luke the dog.

Charlie Chaplin stars in, writes, directs and produces A Dog's Life (1918) for First National Films. Chaplin co-stars as The Tramp with "Scraps" the dog as he pursues a better life with dance hall performer Edna Purviance.

For a full list of STG activities, go to https://www.stgpresents.org/calendar 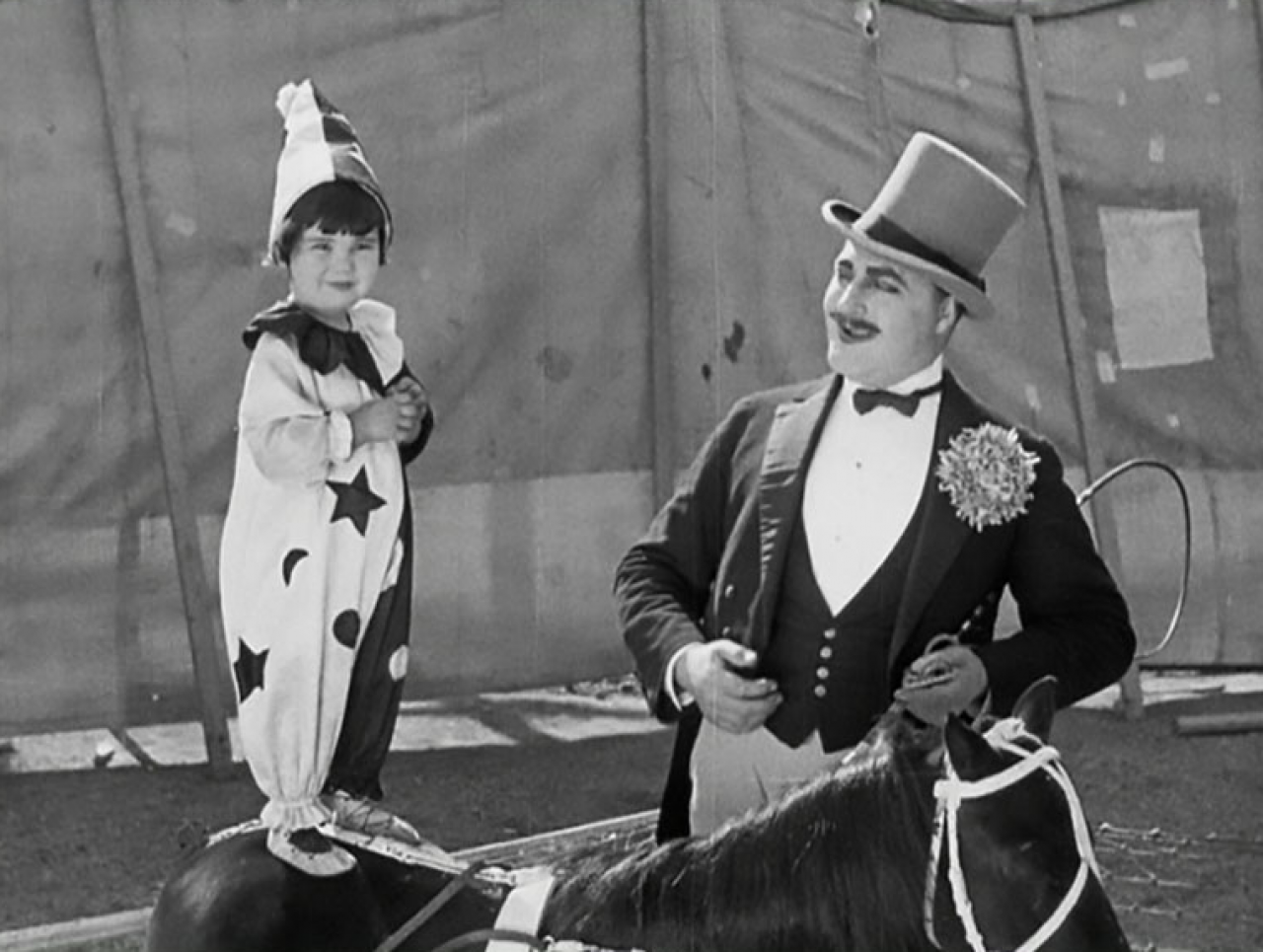 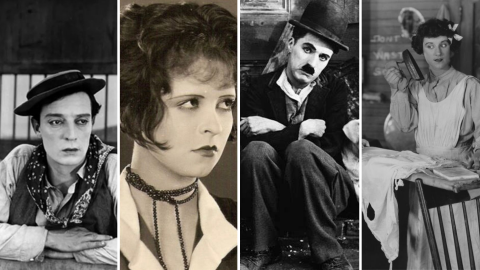 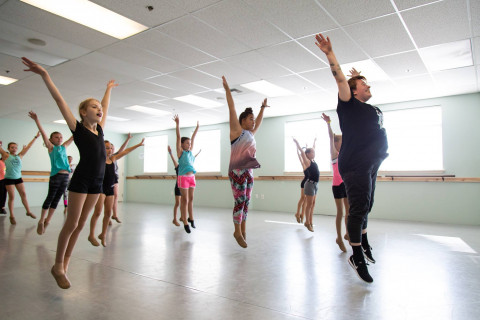