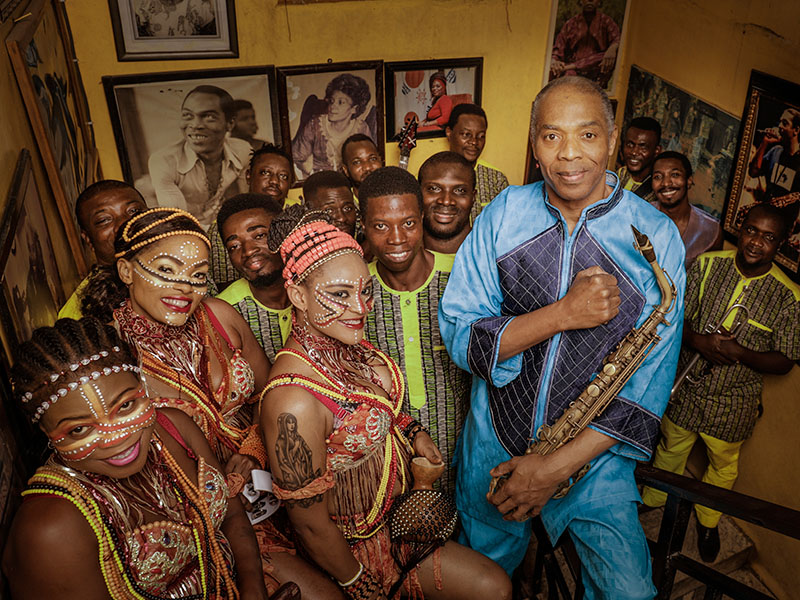 Femi Kuti grew up in Lagos, Nigeria, where at 15, he started playing saxophone in his father, Fela's band, Egypt 80. He was thrown in the deep end when having to replace Fela as head of the band when Fela was arrested at the airport and jailed just before starting a US tour. From that day on he’s never looked back. In 1986 Femi formed his own band ” The Positive Force”. His first record was released in 1995 by Tabu/Motown, and has followed a long journey since where he continues to expand the diversity of his artistry on most of his albums and has received now received a total of six Grammy nominations after having released a dozen albums. In 1998, to honour his Father, he opened the “New Afrika Shrine” where the famous seven-day ‘Felabration” festival now takes place every year, around Fela’s October 15 birthday.