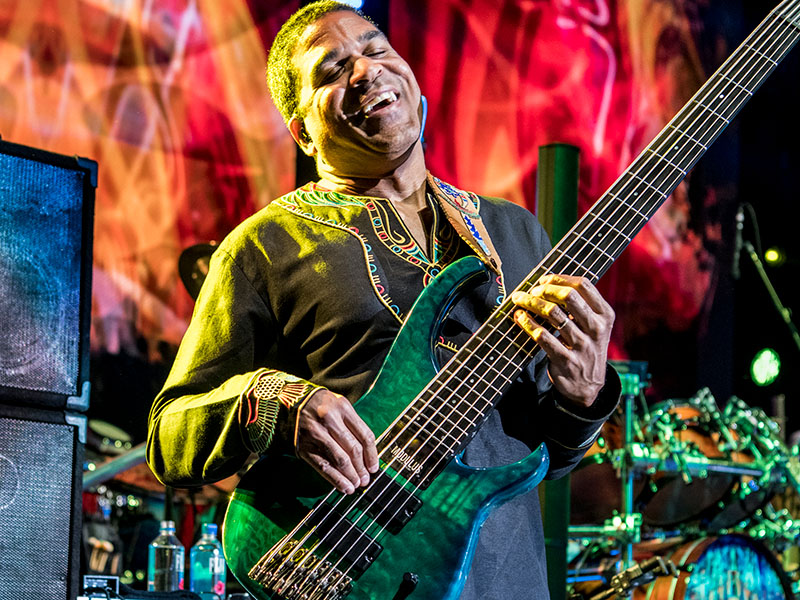 Two-time Grammy winning bassist Oteil Burbridge has been in the music business touring and recording for over three decades. His first step into the national spotlight came in 1991 when he became a founding member of the Aquarium Rescue Unit featuring Col. Bruce Hampton, a cult classic that has stood the test of time. That led to his membership in the classic rock group The Allman Brothers Band. Since 1997, his work with the band has earned him two Grammy nominations for best rock instrumental, in 2003 and in 2004. Over the years, Oteil has shared the stage with rock and blues legends such as Eric Clapton, Carlos Santana, Levon Helm, Taj Mahal, Buddy Guy, Pinetop Perkins, Hubert Sumlin, Billy Gibbons, Chuck Leavell, Bob Weir, Phil Lesh, Johnny Winter, Bonnie Raitt, Sheryl Crow and Trey Anastasio. In 2012, Oteil received a Grammy Lifetime Achievement Award for his 15 year contribution to the Allman Brothers Band as the longest running bassist in the band’s history.