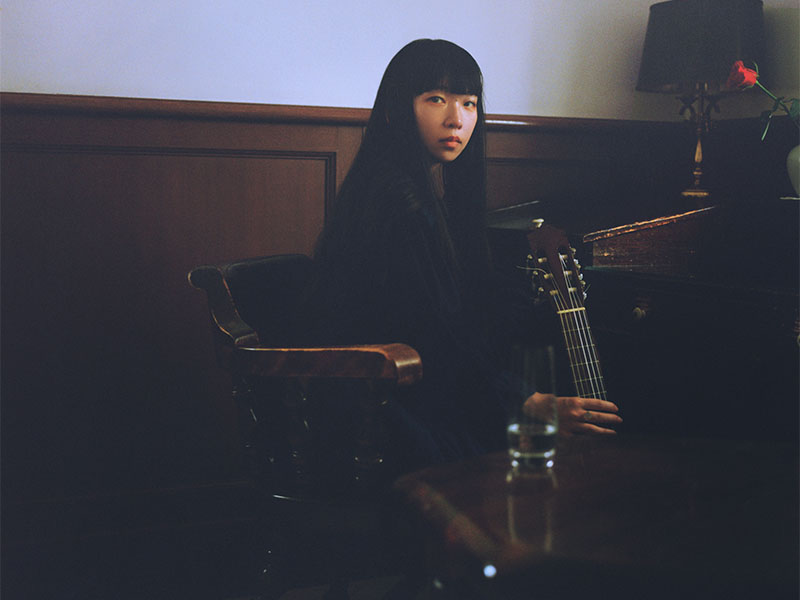 "Windswept Adan”, the seventh studio album from rising Japanese singer and guitarist Ichiko Aoba, is a singer-songwriter album, a concept album, a piece of chamber music, and a contemporary orchestral work. It is heavily influenced by jazz, by folk and by impressionistic classical music. It is a soundtrack to an imaginary film; it is an album that tells a story; it is a piece of fantasy science fiction set to music; it is a sonic voyage through the East China Sea.

“It is written as the soundtrack to a fictitious movie,” says Ichiko. “It is a story about a girl who goes from the fictional Kirinaki Island – an island inhabited by a tribe of inbred families – to Adan Island. Adan has no language. The girl meets the creatures that live on that island and traces the roots of her life while gifting shells to the natives of Adan Island.”

Where Ichiko’s previous songs have been open to interpretation, she wants “Windswept Adan” to tell a very specific story. “We wanted the music to express things like the temperature flowing in the story, the girl’s facial expression, and the smell of the sea breeze,” she says. “It was like a piece of acting for me. I think I’ve become able to think more three-dimensionally about works and stages.”