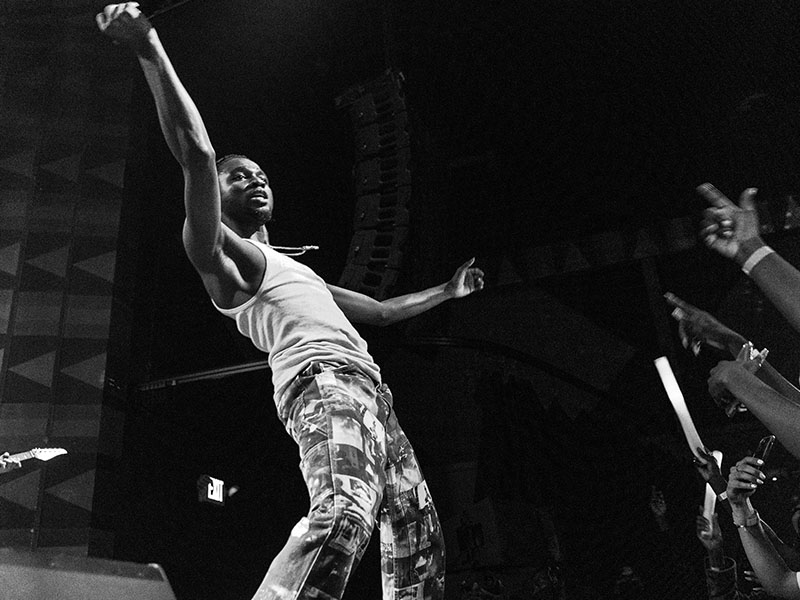 With his darkly sparkling vocals, evocative storytelling, and contagious rhythms, Omah Lay is one of Nigeria’s most talked about innovators. The 25 year-old singer and producer’s brand of Afro-fusion effortlessly pulls from his deep personal history with West Africa’s percussion-heavy highlife genre, as well as his enthusiasm for the popular sounds of his generation—from classic rap to the Afro-beats empire flourishing in his home base of Lagos. Throughout his two inventive EPs, Get Layd and What Have We Done, his lithe voice unravels tales that range from introspective to romantic to gratifyingly explicit, expertly laid over lush and soulful instrumentals. Layered with vivid scenarios and heartfelt confessions, Omah Lay’s rich music not only depicts a young man daring to reveal his grittiest vices and innermost feelings, but also doubles as a fascinating window into Afro-fusion’s bright and expansive future.

With two EPs and over a billion streams, Omah Lay is one of the new frontrunners of Afrobeats taking the world by storm.