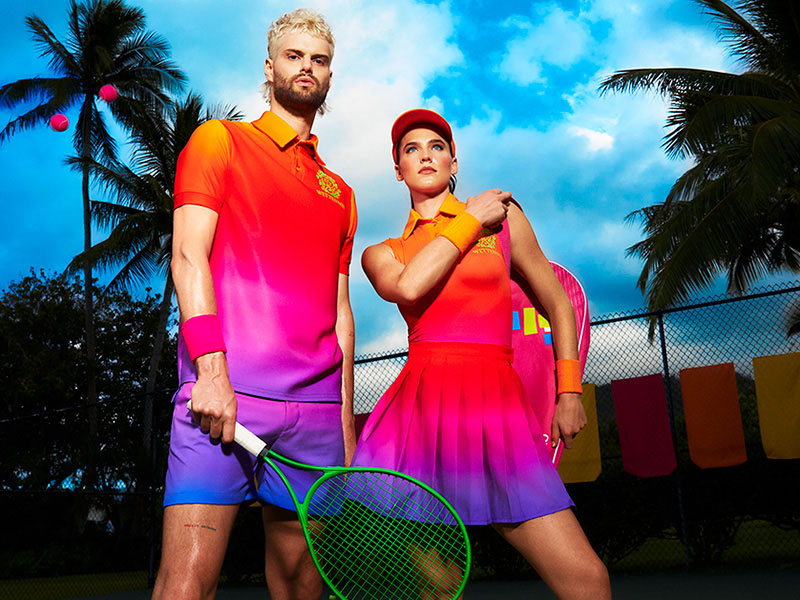 Rescheduled from June 14, 2022. June tickets will be honored on the new date.

SOFI TUKKER is the genre-defying duo of Sophie Hawley-Weld and Tucker Halpern celebrated for their inclusive and global perspective on electronic music and their work's themes of liberation, unity, and self-empowerment. Their debut single "Drinkee," with its instantly memorable guitar hook, jubilant rhythm, and Portuguese lyrics adapted from the contemporary Brazilian poet Chacal, was nominated for a Best Dance Recording Grammy® in 2017, which was followed by a Best Dance/Electronic Album Grammy® nomination for their debut album Treehouse in 2019. In September the group released their anticipated Dancing On The People EP featuring the single "Purple Hat" which reached #1 on the US iTunes Dance chart. SOFI TUKKER's records have achieved Gold or Platinum status on every continent other than Antarctica, and their electric and energetic live show has sold out venues and graced major festival stages across the planet. SOFI TUKKER are also passionate activists who have raised funds and awareness for Planned Parenthood, The Trevor Project, National Alliance on Mental Illness, Natural Resources Defense Council and the March for Our Lives. Their commitment to equality and fostering community while recombining the pillars of dance music into exciting new shapes has established them as a singular act.

Sofi Tukker has partnered with PLUS1 so that $1 per ticket goes towards the PLUS1 Mental Health Access Fund, which supports direct service organizations delivering mental health treatment and access to care.