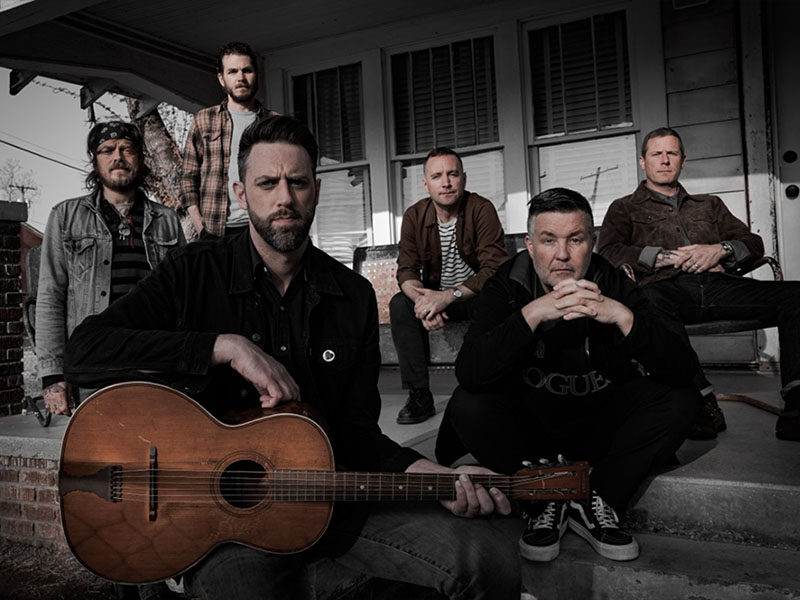 Dropkick Murphys proudly remain Boston’s rock ‘n’ roll underdogs turned champions. Since 1996, the boys have created the kind of music that’s meant to be chanted at last call, in packed arenas, and during the fourth quarter, third period, or ninth inning of a comeback rally. Their celebrated discography includes four consecutive Billboard top 10 album debuts (Turn Up That Dial, 11 Short Stories Of Pain & Glory, Signed and Sealed in Blood, Going Out In Style), along with 2005’s gold-selling The Warrior’s Code, featuring the near double platinum classic “I’m Shipping Up To Boston.” Whether you caught a legendary gig at The Rathskeller (The Rat) under Kenmore Square, found the band by taking the T to Newbury Comics to cop Do Or Die in ’98, discovered them in Martin Scorsese’s Academy Award-winning The Departed, or saw ‘em throw down at Coachella (or one of hundreds of other festivals), you’ve become a part of their extended family. Dropkick Murphys’ music has generated half-a-billion streams, they’ve quietly moved 8 million-plus units worldwide and the band has sold out gigs on multiple continents. In 2020, the band was one of the first to embrace streaming performances, starting with their Streaming Up From Boston St. Patrick’s Day virtual performance. It was followed by last year’s landmark Streaming Outta Fenway livestream, which drew more than 5.9 million viewers and held the #3 spot on Pollstar’s “Top 2020 Livestreams” chart. Dropkick Murphys St. Patrick’s Day Stream 2021...Still Locked Down, was #1 on Pollstar’s Livestream chart for the week ending March 22, 2021, logging over 1 million views.