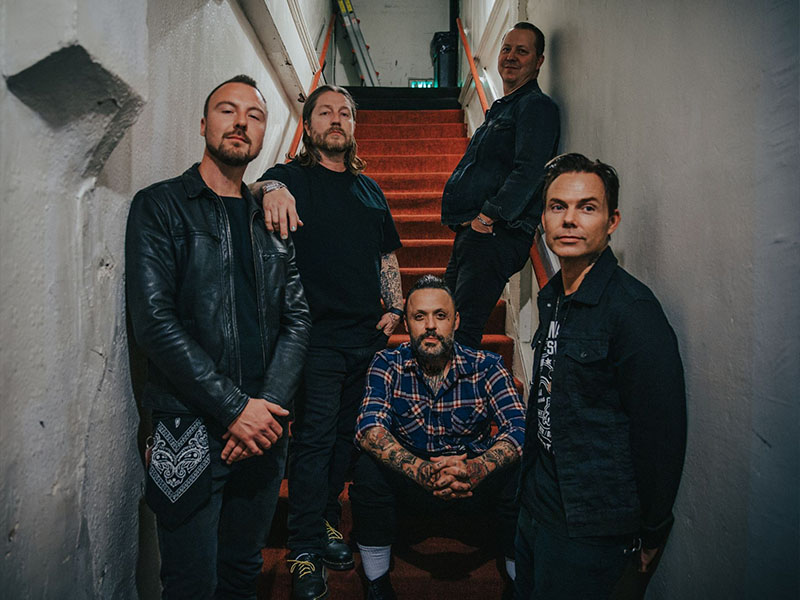 “These songs should make you want to fall in love with somebody, or miss somebody, or want to do something outrageous with your life,” says Justin Furstenfeld, vocalist and lyricist for the unstoppable alt-rock band Blue October. He’s talking about the tracks on the quintet’s tenth studio album, This Is What I Live For, recently released on October 23rd, 2020.

How does it feel to have a Top 10 single with “Oh My My,” your first Top 10 single since 2009? “Honestly, I’m blown away. We started releasing our albums independently several years ago. It’s good to see that it doesn’t matter what label you’re on. As long as you’re writing good songs you have chance to be heard. Hopefully that inspires others.”

The San Marcos, Texas-based band (vocalist Justin Furstenfeld, multi-instrumentalist Ryan Delahoussaye, guitarist Will Knaak, bassist Matt Noveskey, and drummer Jeremy Furstenfeld) have earned a reputation for being remarkably dynamic, consistently delivering anthemic songs filled with rousing melodies and precision playing. And with this latest release, The Is What I Live, For the members are even more in synch than ever because they wrote much of the material while they were on the road supporting their last album, 2018’s I Hope You’re Happy (Debuted #1 on the Billboard Alternative Album Chart and #1 Billboard Independent Album Chart.), often fine-tuning songs in front of live audiences. In this way, the song “I Will Follow You” has already become a favorite even before it was recorded for the new album.