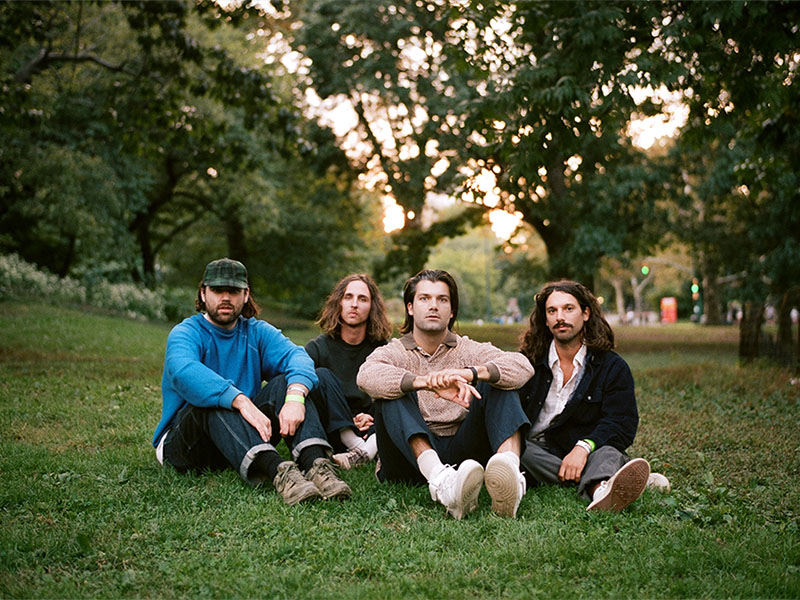 Turnover first emerged roughly a decade ago in Virginia Beach, VA, but the group’s critical and commercial breakthrough didn’t arrive until six years later, when they cracked the Top 5 on the Billboard Heatseekers Chart with their acclaimed sophomore album, ‘Peripheral Vision.’ The band—which consists of Getz, his brother Casey on drums, and their childhood friend Danny Dempsey on bass—followed it up in 2017 with ‘Good Nature,’ a streaming smash that racked up roughly 40 million plays on Spotify alone and which Vice proclaimed to be “their best album yet.” Reviews were similarly glowing around the world (Pitchfork praised the record’s “rhythmic propulsion and harmonized guitar sparkles,” while Exclaim! hailed its “shimmering instrumentation and luscious harmonies,” and The Line of Best Fit swooned for its “plush production” and “subtle maturity”), and the album earned the band headline dates everywhere from Brooklyn Steel to The Fonda Theatre along with their first appearance at Coachella.