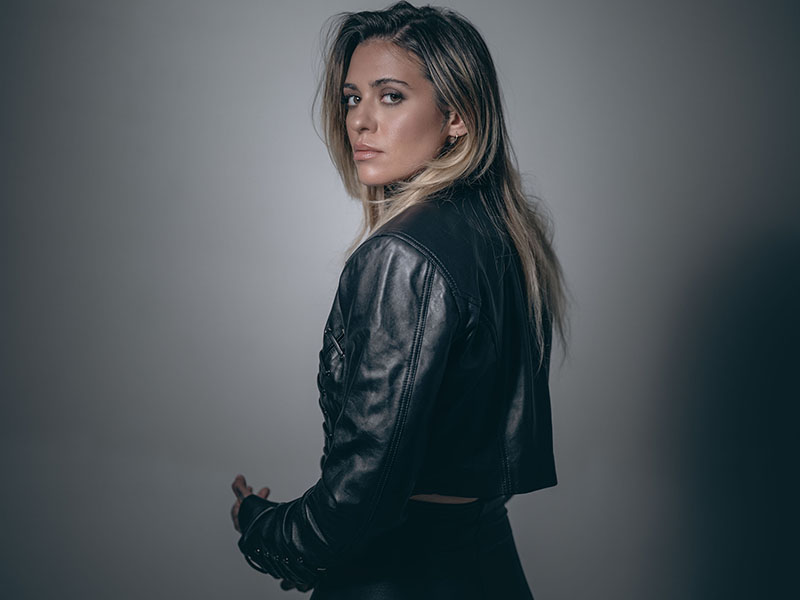 ‘No Signs Of Slowing Down’ Tour
With special guest Meg McRee
March 18, 2023 | The Neptune Theatre
Get Tickets

Morgan Wade didn’t write to be a sensation, for critical acclaim or massive concert tours. She wrote to speak her truth, to save her own life – and perhaps throw a rope to others struggling with the weight of a world moving too fast, loves where you fall too hard and nights that, good or bad, seem to go on forever. A Blue Ridge Mountain girl willing to put her whole truth out there as an artist without flinching – and as a performer who gives it all away onstage – Wade has a voice The FADER lauds is “like a jagged blade, sharp enough to draw blood but lustrous under the light” while The New York Times declares “she sounds like she’s singing from the depths of history.” The old soul writer understands chaos, compulsion and letting go in a way most people will never experience; with her songs, she brings listeners inside the rollercoaster ride of euphoria, emptiness and exile with a soft touch and deep truth. With her unabashed debut album Reckless, she landed on various Best Album and Songs of 2021 rankings from TIME, Rolling Stone, The New York Times, Stereogum, The FADER, Tennessean, Boston Globe, and more. Produced by Jason Isbell + the 400 Unit guitarist Sadler Vaden and Paul Ebersold, the trio worked to create a song cycle that pulled the lean rock of Tom Petty through a modern take on country -- and achieved a No. 1 on SiriusXM The Highway’s Top 30 Countdown with debut single “Wilder Days.” Having reached radio’s Top 30 with the acoustic guitar-driven track, Reckless (Deluxe Edition), available now, expands the conversation with six additional tracks, including a scalding, heart beating read on Elvis’ Presley’s “Suspicious Minds” and desperate “The Night” – Wade’s first release. Having toured with Lucero last fall, she joins Luke Combs, Chris Stapleton, Brooks & Dunn, and more on the road throughout 2022.