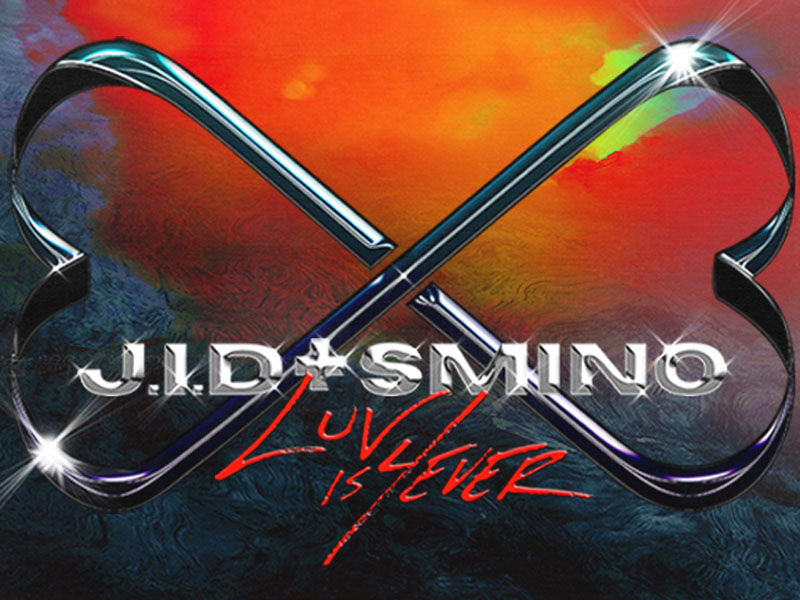 Luv Is 4ever Tour
January 22, 2023 | The Paramount Theatre
Get Tickets

J.I.D
Born and raised in East Atlanta, Grammy nominated JID grew up on his parents’ collection of classic funk/soul LPs, and broke onto the scene with his 2015 EP, DiCaprio. The EP saw him collaborating with hip-hop duo EARTHGANG, whom he’d previously joined on a 2014 tour also including Bas and Ab-Soul. This is where he was spotted by J.Cole who promptly signed JID to his Interscope Records venture, Dreamville Records. Soonafter signing to Dreamville, JID made his major-label debut with the widely celebrated The Never Story(2017) which was quickly followed by the critically acclaimed albumDiCaprio 2(2018). The sophomore project received major looks from press and tastemakers like Rolling Stone, Billboard, FADER, NPRand helped induct the rapper to the year’s XXL’s Freshmen class. In 2019, JID continued his momentum as rap’s most exciting additions with stellar contributions on Dreamville’s Platinum certified compilation Revenge of the Dreamers III which went on to debut #1 on the Billboard Top 200 charts and received multiple GRAMMY nominations including “Best Rap Album” and “Best Rap Performance.” JID began working on his follow up effort The Forever Storyduring this time all while selling out venues and festival stages across the world and lending his rap stylings to peer projects including the Grammy nominated Planet HER by Doja Cat as well as Dua Lipa, Denzel Curry, Amine and more recently John Legend and Joey Badass. JID’s nimble, head-nodding lyricism and lightning fast flow has awarded him a loyal and cult-like fanbase and his dedication to perfecting the art is sportsman-like, leaving room for him to be one of rap’s greatest in the making.
jidsv.com

Smino
Christened “one of hip-hop’s most refreshing voices” by Pitchfork, Smino is one of the game’s most dynamic musical disruptors. Raised in a family of musicians, the rapper, writer, and producer began playing drums in his native St. Louis at an early age. Asan adult, he moved to Chicago and connected with Classick Studios to release his first two EPs, S!ck S!ck S!ckand blkjuptr. In 2017, Smino dropped his debut album blkswn–hailed by Rolling Stone as one of the ‘40 Best Rap Albums of the Year’–and followed that with the 2018 release of NØIR, which landed on year-end lists from Complex, The Atlantic, REVOLT, and more. Between those critically acclaimed projects, he has generated over half-a-billion streams and counting in addition to selling out US headline tours in 2017 and 2019. Furthermore, Smino is a thread in the contemporary artist community with standout feature verses with Doja Cat, J. Cole, EARTHGANG, and Chance the Rapper, among others. He has also appeared in campaigns for DKNY, Billionaire Boys Club, and Topicals Skincare, and closed out the COLORS x Burberry series with a performance of his single “Rice & Gravy.” In 2021, Smino inked a deal with Motown Records (in partnership with his independent label Zero Fatigue) and unveiled his deepest vision yet with new single “90 Proof” [feat. J. Cole] –the first official single off his forthcoming album, Luv 4 Rent.
smitransfer.com