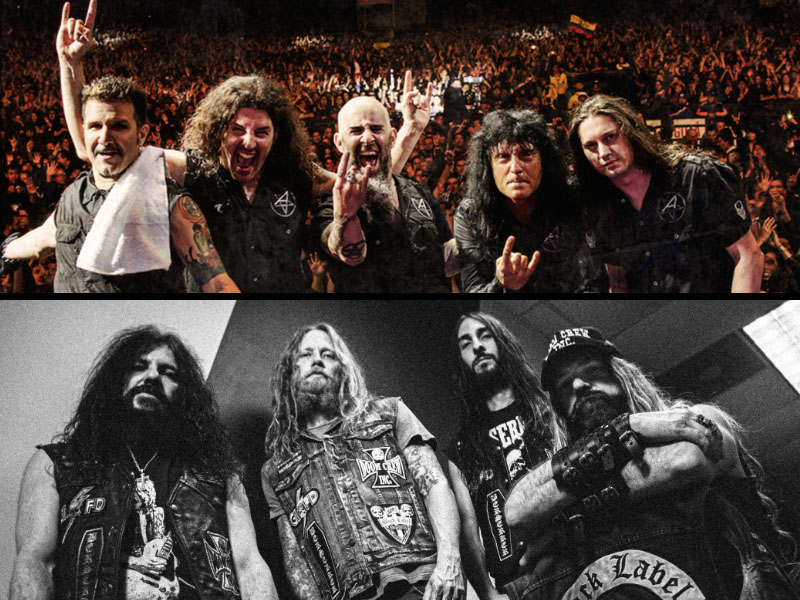 The multi Gold and Platinum, six-time GRAMMY-nominated Anthrax spent a good portion of 2021 celebrating the band’s landmark 40th birthday. The card-carrying Big Four members’ anniversary was the subject of an 11-week series of video testimonials from artists like Chuck D., Dave Grohl, Dave Mustaine, Kerry King, Norman Reedus, Rob Zombie, Robert Trujillo, Slash, and others. Anthrax teamed up with Z-2 Comics for the “Among The Living” graphic novel that was inspired by their landmark 1987 album and released their high-end bourbon whiskey, “Anthrax XL.” But, due to COVID, the one thing Anthrax couldn’t do, was tour, tour, tour, so the band fully intends to extend the celebration with this North American trek. Fans can expect Anthrax - Joey Belladonna/vocals, Scott Ian/rhythm guitar, Frank Bello/bass, Charlie Benante/drums, and Jon Donais/guitar - to draw from all four decades – fan favorites and deep cuts – for their nightly setlist.

Everything about Black Label Society begins with the riff from their debut studio album, Sonic Brew (1999), to their critically-acclaimed eleventh studio album, Doom Crew Inc. (2021). A dedicated disciple of Zeppelin, Sabbath, and Deep Purple, frontman Zakk Wylde looks to the massive guitar hooks in classics as guiding lights. Their latest album,Doom Crew Inc., finds larger-than-life guitarist Zakk trading solos and twin-guitar parts with guitarist Dario Lorina, backed by the rumble of longtime bassist John “J.D.” DeServio and powerhouse drummer Jeff Fabb. The GRAMMY-winning frontman has been featured on the cover of Guitar World more than a dozen times in recognition of his work on multi-platinum albums with the iconic Ozzy Osbourne and two decades with Black Label Society, and their chart- topping albums and singles. The stomping, heavy bluesy, recklessly unhinged hard-rock-metal quartet are part invading horde and part traveling carnival, summoning caffeine-fueled cacophony on records and the stage.