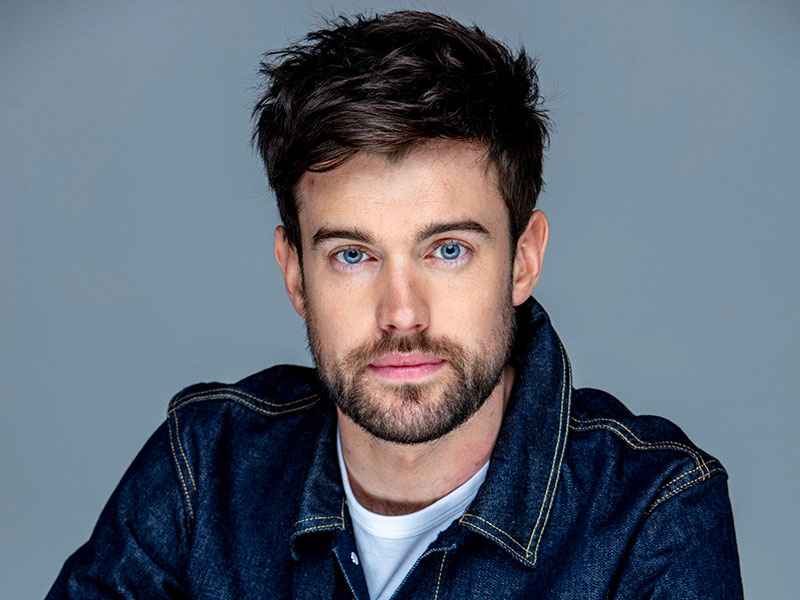 Jack Whitehall is an award-winning comedian, actor, presenter and writer.

He most recently starred alongside Dwayne Johnson and Emily Blunt in Disney’s JUNGLE CRUISE, and in CLIFFORD THE BIG RED DOG for Paramount. Both films are currently in development for sequels. He will next star alongside Shailene Woodley in ROBOTS, an independent romantic comedy directed by Academy Award nominee Ant Hines. Jack has also just finished filming the second season of the Apple TV+ hit comedy series, THE AFTERPARTY, opposite Tiffany Haddish, Zoe Chao and Sam Richardson, which will be released in 2023.

all’s MOTHER'S DAY (playing opposite Julia Roberts and Jennifer Garner) and THE BAD EDUCATION MOVIE, which he also wrote.

On television, Jack is widely celebrated for his hit Netflix show TRAVELS WITH MY FATHER, which released its fifth season last fall. He has also starred in GOOD OMENS opposite Jon Hamm and Michael Sheen for Amazon and BOUNTY HUNTERS opposite Rosie Perez for Sky Television. His other television credits include: DECLINE & FALL (BBC), FRESH MEAT (C4) and BAD EDUCATION (BBC), which is being reprieved this Christmas with a one off Special followed by a new series with new cast in 2023 that Jack is Executive Producing. Jack also served as writer on a number of these shows.

An acclaimed comedian who loves the stage, Jack's Netflix special JACK WHITEHALL: I'M ONLY JOKING was released in 2020. His biggest-ever stand-up tour, JACK WHITEHALL: STOOD UP, sold out arenas across the UK, Ireland, New Zealand and Australia. It was the UK's largest comedy tour of 2019, with a ticketed audience over 450,000. Jack has previously sold-out venues across the UK on two earlier tours: JACK WHITEHALL GETS AROUND (2014) and JACK WHITEHALL: AT LARGE (2017), also filmed for Netflix.

As a presenter, Jack has hosted the BRIT Awards for four years (2018-21) and several other prestigious award ceremonies including the GQ Men of the Year Awards (2020), the BAFTA Britannia Awards (2015, 2017-18) and The British Fashion Awards (2014-17). He became the youngest-ever host of the Royal Variety Performance in 2015.

Jack began his career at the Edinburgh Fringe Festival in 2007, where he won both The Charlie Hartill Special Reserve Competition and The Amused Moose Laugh Off. A string of further awards followed, including The British Comedy Awards' King Of Comedy, as voted for by the public, three years in a row.