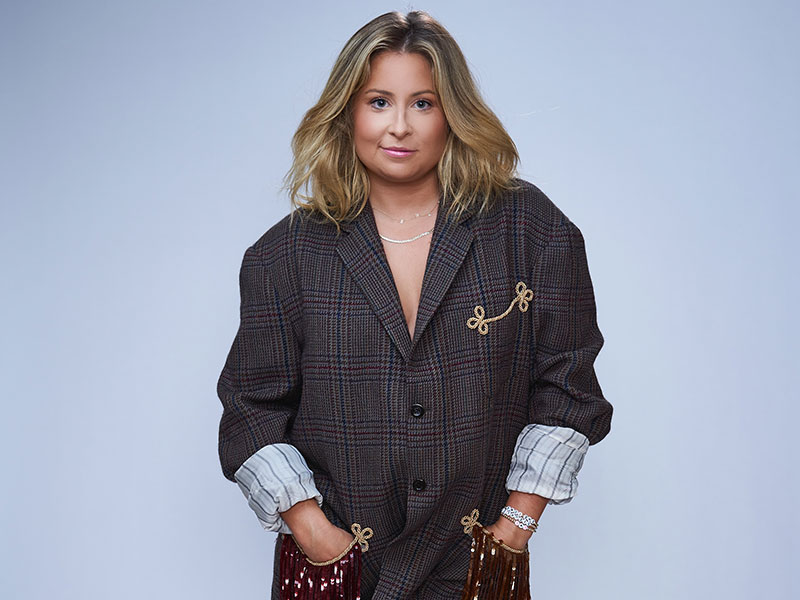 She Gone Tour
February 17, 2023 | The Neptune Theatre
Get Tickets

Originally from Portland, Oregon, Becky Robinson is an LGBTQ+ LA-based comedian, writer,actor and voice-over star. You may also know her as the “Entitled Housewife”, the outspokenviral golf character Becky created to help spread laughter during the pandemic. Her explosivelyunique character antics and viral videos have racked up millions of views and fans across socialmedia. Becky’s one-woman show, The Heavy Pour Tour sold out in theaters, comedy clubs andcountry clubs across the country September 2021 - 2022.

She’s back on the road again with an all-new variety show starring Becky’s wild cast of originalcharacters. Becky Robinson: The She Gone Tour starts in 2023 including international dates.Always committed to connecting with her fans, Becky launched Start at Birth, an originalpodcast series capturing hilarious memories, behind the scenes stories and moments ofvulnerability.

In addition to touring internationally as a stand up comedian, Becky was named a JFL MontrealNew Face of Comedy where her stand out multi-character performance landed her a sketchshow development deal and a number of voiceover jobs with DreamWorks, Nickelodeon andNetflix. In 2016, Becky was cast on MTV’s Wild ’N Out with Nick Cannon where she also put outa Wild ’N Out Stand Up Special. Becky was the voice of “Parker J. Cloud,” an exuberant formerrain cloud on a mission to brighten up everyone’s day, in Nickelodeon’s all-new animated seriesMiddlemost Post.