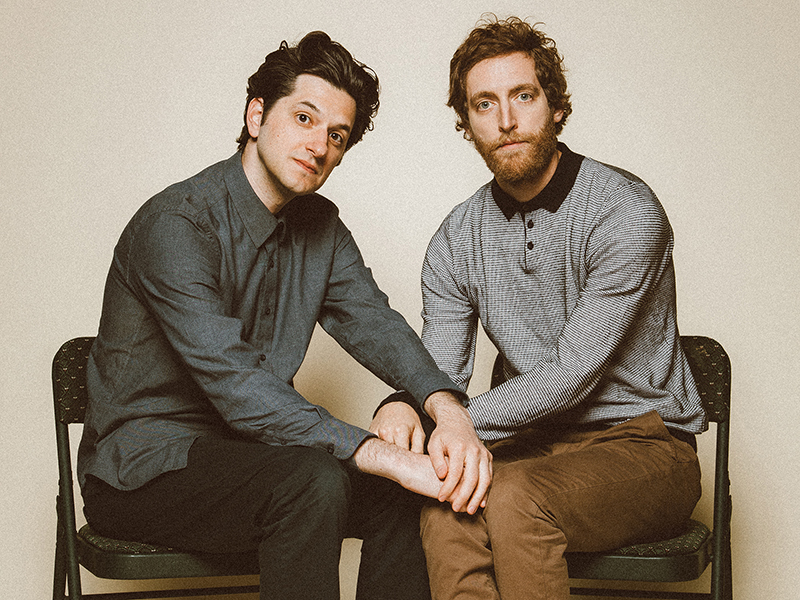 BEN SCHWARTZ
Ben Schwartz is an Emmy Award winning writer, actor, and comedian. He’s starred in the television shows House of Lies and Parks and Recreation, and has appeared in the films Night School, This is Where I Leave You and Happy Anniversary, among others. In February, you can hear Ben as the voice of Sonic in Paramount's upcoming Sonic the Hedgehog movie and later in 2020 see Ben as George Buckman in the Disney feature Flora & Ulysses.

Mr. Schwartz has written numerous films for various studios as well as co-authored the national bestseller Grandma’s Dead: Breaking Bad News with Baby Animals and its two sequels. His latest book, Things You Should Already Know about Dating, You F****** Idiot, co-written with Laura Moses, was released by Hachette Books in 2017 and developed for television for CBS.

Mr. Schwartz is currently the voice of Dewey on DuckTales and Leo in Rise of the Teenage Mutant Ninja Turtles. He still performs live comedy regularly, and tours alongside Thomas Middleditch in their two-man improv show Middleditch & Schwartz who made its Carnegie Hall debut this past February 2019.

On the big screen, Thomas recently joined the casts of GODZILLA: KING OF THE MONSTERS opposite Sally Hawkins and Kyle Chandler, and REPLICAS opposite Keanu Reeves. He was also in JOSHY, which premiered at the 2016 Sundance Film Festival, and horror comedy THE FINAL GIRLS. He also lent his voice to the DreamWorks animated feature, CAPTAIN UNDERPANTS, along with Ed Helms, Nick Kroll, and Kevin Hart.

In 2013, Thomas appeared in Martin Scorsese’s Oscar nominated film, THE WOLF OF WALL STREET opposite Leonardo DiCaprio and Jonah Hill. He also appeared in Jay Roach’s THE CAMPAIGN opposite Will Ferrell and Zach Galifianakis.