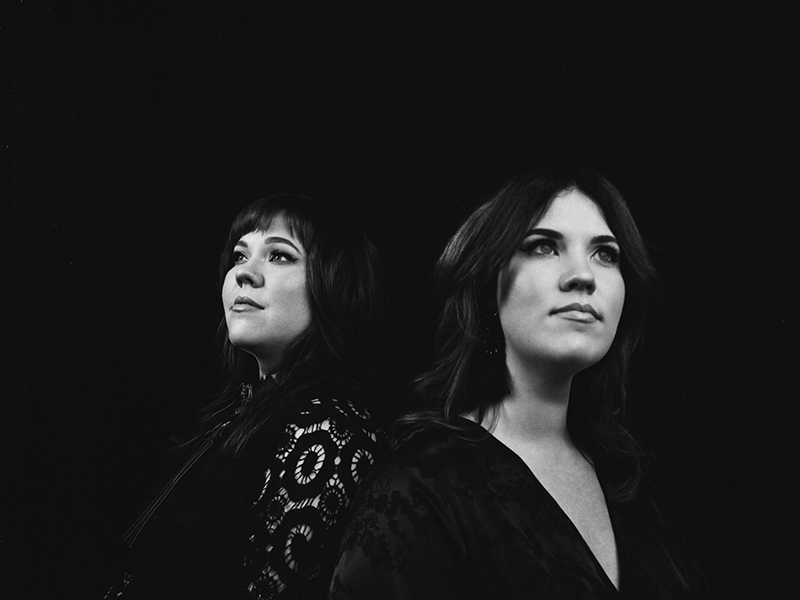 STG Presents The Secret Sisters at The Neptune on Wednesday, March 17, 2021. Tickets for the previously scheduled May 2 and July 28, 2020 performances will be honored for entry!

The Secret Sisters—Laura and Lydia Rogers—grapple with love and loss on new album Saturn Return.

Saturn Return is the Alabama-based duo’s second release for New West Records. Like its predecessor, 2017’s Grammy-nominated You Don’t Own Me Anymore, the record was produced by Brandi Carlile and Phil and Tim Hanseroth.

The album is named after an astrological occurrence in which the planet Saturn returns to the same place in the sky that it occupied at the moment of a person’s birth. During this phase, which happens approximately every 29 ½ years, said Laura, a woman “comes into her own and has this awakening in herself about who she is as a person. It can also be a very traumatic time where your whole world just seems to radically shift.” “When this is happening, you begin to feel the pressure of time and awareness of your own mortality,” Lydia added. “It brings the important aspects of life into sharper clarity and it centers your mind on what’s really important.”

Recorded in Carlile’s home studio in Washington state, Saturn Return heralds the arrival of a new era of The Secret Sisters, who both experienced their first Saturn returns while making the record. Carlile challenged the sisters to sing as individuals instead of relying solely on close harmony singing, and for the first time, Laura and Lydia performed separately in the studio. This is also the first album in which The Secret Sisters composed all the songs without any co-writers.

Death and life entwine like newlyweds’ fingers throughout Saturn Return. Shortly after the sisters began writing for this album, both of their grandmothers passed away within a week of one other. At the same time, the sisters were preparing to start families of their own.

The record begins with “Silver,” a prescient meditation on motherhood and the beauty found in the hard-won wisdom that comes with age, and the sisters share one another’s sorrow in closing track “Healer in the Sky,” an understated ballad—written by Lydia and sung by Laura—that builds into a moment of catharsis.

First single “Cabin,” written from the perspective of a woman who has been assaulted, haunts listeners long after the song’s final notes fade away. The song—a battle cry for the mistreated and mishandled—was written while Brett Kavanaugh’s Supreme Court confirmation hearings dominated the media. “He did not have permission / But he had his way / If I tell his secret, they won’t believe me anyway,” the duo sings over wailing guitar.

During The Secret Sisters’ live performances, “Cabin” has become a battle cry for those who have been mistreated or struggle with the long-lasting impact of trauma. Said Laura, “This song was our way of saying, ‘We hear you, and we know it hurts…we know you’re not over it and that’s okay.’”

Grief never fully disappears, and the joy found in its wake is sweeter because of it. After recording Saturn Return, both Lydia and Laura welcomed their first children. “Hold You Dear,” a tender ballad laced with piano and strings, was written in fifteen minutes by a thrilled and terrified Laura the day she learned she was pregnant. Infectious “Hand Over My Heart” captures the freewheeling thrill of finding true love, while “Late Bloomer,” written by Lydia, is an anthem celebrating those who, like The Secret Sisters, ignore trends and flourish their own way, at their own time. With Saturn Return, The Secret Sisters have truly come into their own as artists, songwriters, and singers. “I’ve come to feel like this is what we were meant to do,” said Lydia. “That’s a really good feeling.”