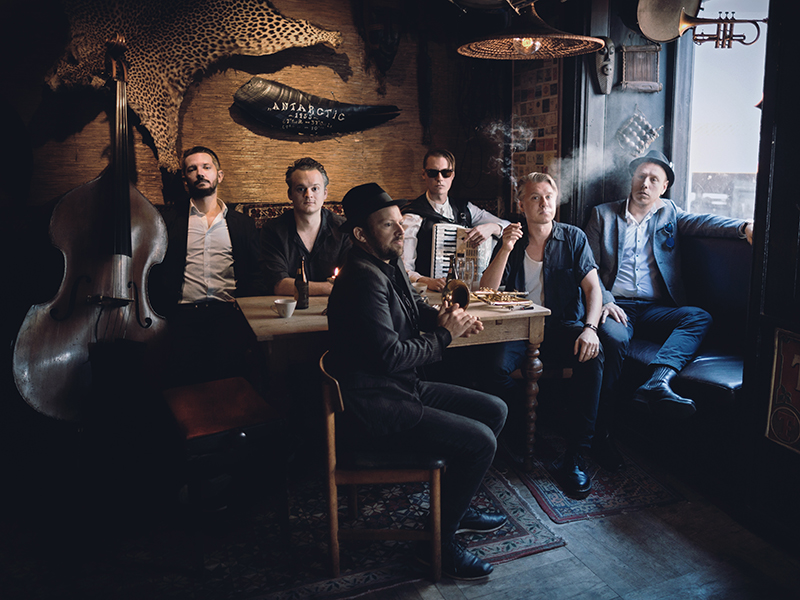 Mames Babegenush unleash a sonic crossroads where east unexpectedly meets...north! The young Danish band's unique musical fusion marries their strong Scandinavian roots and elements of jazz with the vibrant dance music and klezmer traditions of eastern Europe. From the contemplative ambiance of Nordic snowscapes to the lively weddings of Romania, the music of Mames Babegenush exudes a sense of both poignant melancholy and irresistibly danceable exuberance.

Since forming in Copenhagen in 2004, the six-piece group has dazzled audiences and critics alike with their fresh vision and musical gumption, establishing themselves as one of Europe's premiere klezmer-jazz ensembles. Their long list of awards includes the Danish Music Award for Best World Album of The Year and three prizes awarded by the prestigious International Jewish Music Festival in Amsterdam, including the Jury and Audience Prizes.

In 2020, Mames Babegenush was selected for one of the highly coveted official showcases at WOMEX (the World Music Expo) in Tampere, Finland. Their performance was filmed by Finnish Television and broadcast nationwide.

The band is comprised of Andreas Møllerhøj on double bass, Lukas Rande on saxophone, Morten Ærø on drums, Nicolai Kornerup on accordion, Bo Rande on flügelhorn and Emil Goldschmidt on clarinet.

Seattle Sacred Music & Art (SAMA) curates, produces, and collaborates on an immersive series of music and art performances that share the healing power of global sacred music. Through partnerships with music and arts presenters in the Pacific Northwest and around the world, SAMA connects global and local artists with our region’s communities to promote cross-cultural understanding and create space for healing and dialogue.

Created by local DJ, producer and curator Darek Mazzone (longtime host of the influential Wo’ Pop program on KEXP 90.3) and local entrepreneur John M Goodfellow, developer and managing partner of Banya 5, is dedicated to connecting Pacific Northwest communities with a diverse and inspiring world of performances from global and local artists.