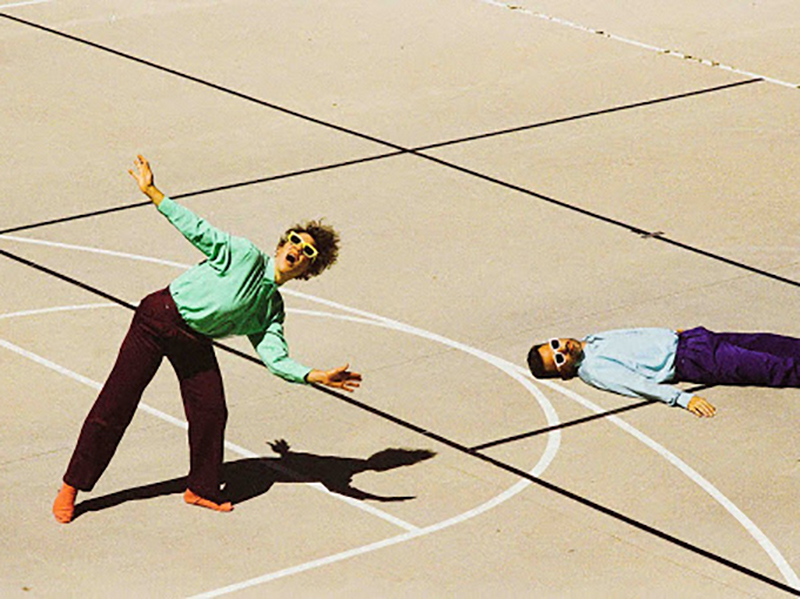 $28.00 (not including fees)
Tune-Yards have partnered with PLUS1 so that a portion of proceeds goes to support organizations advancing justice for Black, brown, and low-income communities.

STG Presents Tune-Yards at The Neptune on Saturday, August 7, 2021.

After a period of feeling creatively lost, it was reconnecting with the blissful, bodily enjoyment of music that pulled Merrill Garbus back into the recording studio. "There started to be a shift in me – I realized that music is so enjoyable, and pleasurable," says Merrill. "And I started feeling like, creativity is how we're going to get out of these situations we're in. The practice of being creative, through a time of feeling lost, suddenly felt really important." After releasing the fourth Tune-Yards album, I can feel you creep into my private life, in 2018, she had felt sure that the time had come for Tune-Yards to retire. "I couldn't see a future," she remembers now. "After the last record, I felt really confused – even about how to be on stage."

I can feel you... was an examination of Tune-Yards' complicity in white supremacy and indebtedness to Black musical traditions, and formed a self-reflexive question mark at the end of a decade of outspoken, polyrhythmic indie music. From 2009 to 2018, Tune-Yards (Merrill and her partner and collaborator Nate Brenner) released four critically-acclaimed albums on 4AD, travelled the world relentlessly to play live shows, and composed the psychedelic score to Boots Riley's surrealist cinematic masterpiece Sorry To Bother You.

"We had really been non-stop hustling," Merrill reflects. "And when we're hustling, we're complicit in all of the systems that we really don't believe in.” Interrogating these systems and her role within them had left Merrill feeling heavy with grief, and lost about how to move forward as a musician. A huge influence on her during this time of questioning was adrienne maree brown's culture-shifting book Emergent Strategy: Shaping Change, Changing Worlds. "One of the questions [brown] asks in there is: what are we practicing? What do we want to be practicing? It's not working to just say, 'racism is wrong'. We have to practice being anti-racist. It's not working to say, 'climate change is wrong'. What are you actually practicing? I realized, 'Holy fuck, I'm practicing so many things that feel wrong on so many levels.'"

And so, she began working through her confusion and grief in a way that felt most natural: through music-making. After reading Creative Quest, Questlove's guide to creativity, and the Beastie Boys Book, a biography of the raucous hip-hop trio released in 2018, she and Nate hit their rehearsal studio "like athletes" every day. The duo spent 2019 recording and sampling themselves without the time pressure of a professional studio. Often ditching computer screens for live instruments brought them a kind of freedom that was like "stirring up a big pot of creativity", and after weeks of musical exploration, they found that full songs suddenly started to emerge.

From this re-ignited creative spark came the songs that make up Tune-Yards' fifth studio album, sketchy. The process of making the record was loose, gradual, and fluid. Its title came from a sketchbook Merrill bought to jot down ideas, which had the word 'SKETCH' emblazoned on its cover, to which she added a scribbled 'Y' on the end. Hamir Atwal, who had toured on I can feel you…, tracked drums, friends played horn and synth parts, and family got involved -- Nate’s father added keys and Ruth Garbus’ voice provides the last punctuation mark of the album. Eli Crews, who engineered 2011’s w h o k i l l and much of 2014’s Nikki Nack, mixed the album.

The lead single "nowhere, man" is an angry lo-fi anthem that Merrill wrote after receiving a text from a friend about the Alabama bill outlawing abortion in May 2019. A storm brewed inside her as she walked up to her studio, and it came out in a discordant choir of ukulele fuzz, insistent drums, and a defiant howl: "if you cannot hear a woman then how can you write her song?" The song is her attempt to call in white men, she explains, by grappling with the question: "How do you communicate to a person that their experience is the dominant experience, and is the experience that everyone is being forced to live within?" It felt different to the more introspective voice she showed on I can feel you..., as she adopted an outward-facing, furious tone more akin to the early days of Tune-Yards. Merrill felt that "that might be useful energy – that anger. I'm fucking pissed. I'm pissed about the ways that I am trapped by gender, trapped by my own ideas of what a woman is."

Elsewhere on the record, they weave in more self-inspection and reflection, alongside bombastic rallying cries. The synth- and sax-driven "hold yourself." sounds serene with its chorus of layered vocals, but is actually a clear-eyed moment of grief and simmering rage. "I was feeling really betrayed by my parents' generation, and at the same time, really seeing how we are betraying the future," Merrill reflects. She says these are the most explicit lyrics she's ever written. On the final, searing line, she laments: "we all have trouble being brave enough to turn the page". "Human beings are made to block out traumatizing things so that we can move forward. [But] the only way that we can really make the drastic changes that it will take to, for instance, reverse climate change... it's going to take so much sacrifice of what people are used to, on this grand scale. It feels like the only way to have motivation to do that is if we allow ourselves to deeply feel the grief of it."

The bubbling rhythms and synth stabs of sketchy. make it a colorful, joyous record, but its lyrics cut to the bone. On the strident "homewrecker", Merrill's voice echoes brightly as she sings of benefitting from white supremacy and gentrification, daring the listener to think about their own role in these systems ("thinking 'bout your money/ think about the homes you wreck"). Meanwhile, the sing-song piano chords and hand-claps of "silence pt. 1 (when we say "we")" build to a soaring conclusion, as Merrill vows to try her hardest to change by belting a line that references the Grace Lee Boggs quote: "We have to change ourselves in order to change the world."

Re-engaging with their love of music-making helped Tune-Yards grapple with the question of how to transform themselves. By making an album that blazes and bursts with pleasure, they call others in, and ask them to do the same. "There's this real tightrope that we walk as musicians," she says. "People come to us to be entertained. And then we also have a responsibility, I believe, to wake people up. Not to tell them how to feel – but to give them space to feel.”