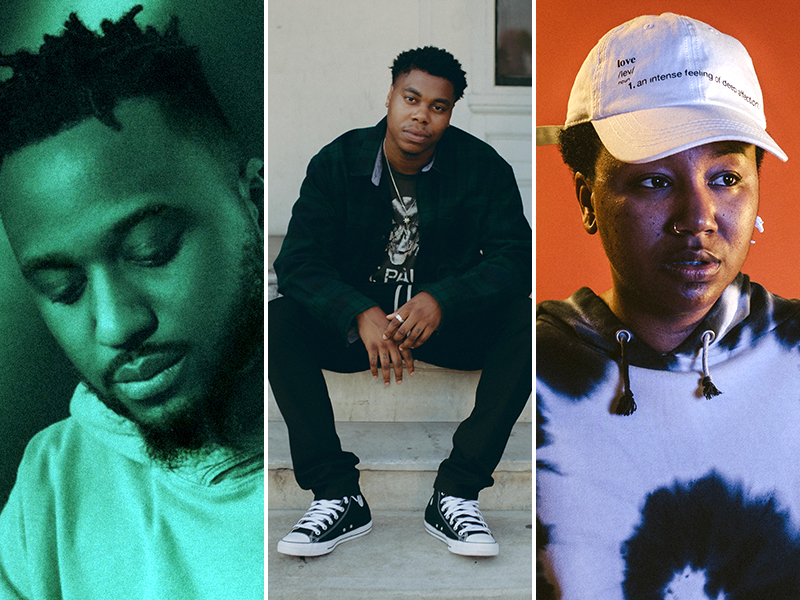 Sango is a Seattle based producer who is most known for his remixes of Aaliyah, Drake, Little Dragon, Nas, The Weeknd, his debut album 'North,' and his Baile Funk EP series "Da Rocinha." He is a part of the Los Angeles collective Soulection. At the young age of 12, Sango started producing music alongside his older brother and his friends. His work mainly focuses on hip-hop, and soul influenced beats that over the years have been able to come together as his own distinctive innovative sound.

Apart from producing, Sango is a graphic designer. He has designed all of his releases up to date, which has shown that he is more than just a producer, but an artist in his own right. He has been featured on numerous publications for his self-disclosing interviews and tracks, such as Fader, Drake's OVO blog, XLR8R, Noisey, Fader, Complex, and more.

Over the last few years while releasing his Da Rocinha series, Sango has toured 50 + cities worldwide and played some of the world’s biggest festivals. His high energy live set is constantly in demand. While touring his Da Rocinha projects and live set around the world, Sango has been producing for some of the industry's hottest acts. Sango has produced for Tinashe, Bryson Tiller, = Mick Jenkins, GoldLink, Wale and more.

Stasia is a Tacoma, Washington born vocalist, producer, radio host and DJ. She is the first woman to host Seattle's longest running hip hop show, KEXP 90.3 Street Sounds, which she held down for 4 years. Formerly one half of the R&B/Hip Hop duo THEESatisfaction, with whom she produced, wrote and performed beginning in 2009. She signed with Sub Pop Records in 2011 and released two albums. She has toured the US, Europe, Australia and Asia with with Erykah Badu, Little Dragon, Shabazz Palaces & Sleater-Kinney.

After the group disbanded in 2016, she has released 5 digital projects: Stas For Hire, S’WOMEN, Voices, On The Quarner and Sang Stasia. S’WOMEN and On The Quarner released on vinyl through Crane City Music.

She continues her journey through recent collaborations with Witch Prophet, Nappy Nina, Shabazz Palaces, Knife Knights and Porter Ray and Kassa Overall. She is a member of the Black Constellation, LucidHaus Records and Sway & Swoon DJ Collective. She currently spends her time jamming out in Brooklyn and hosting the monthly playlist, Late Night Sauce on Spotify.