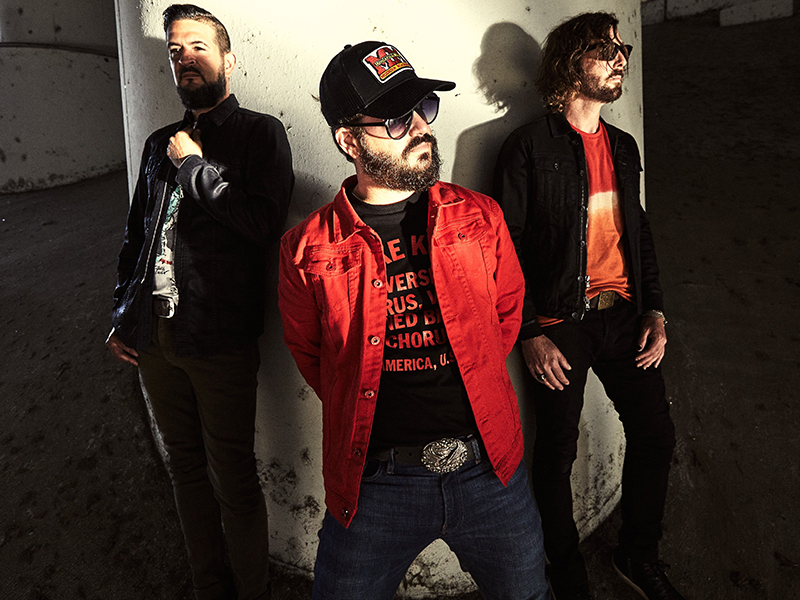 STG Presents The Record Company at The Neptune on Wednesday, November 17, 2021.

The Los-Angeles based three-piece - consisting of guitarist/lead vocalist Chris Vos, bassist Alex Stiff and drummer Marc Cazorla - recently released their new EP, Side Project, via Concord Records, which finds the band reimagining and reconstructing some of their favorite tracks. Listen HERE

The group has wrapped recording on a new studio full-length, set for release later this year. The album is the follow-up to their critically lauded sophomore album All of This Life. Upon its release, Rolling Stone noted that the single “Life to Fix” “isn’t so much a return to form as it is taking that form a big new level,” while NPR Music raved that the track “breathes new life into a style of music.”

The band’s debut, Give It Back to You, earned them a GRAMMY nomination for Best Contemporary Blues Album. The critically acclaimed record produced three Top Ten hits at Triple-A radio, including lead single “Off the Ground,” which reached #1 on Billboard’s Adult Alternative Songs chart. Entertainment Weekly describes their debut album as a “soul scorcher.” The Record Company has appeared on “Jimmy Kimmel Live!,” “The Late Show with Stephen Colbert,” CBS “This Morning,” NPR’s “World Café” and SiriusXM, and has shared bills with John Mayer, My Morning Jacket, Nathaniel Rateliff and the Zac Brown Band.