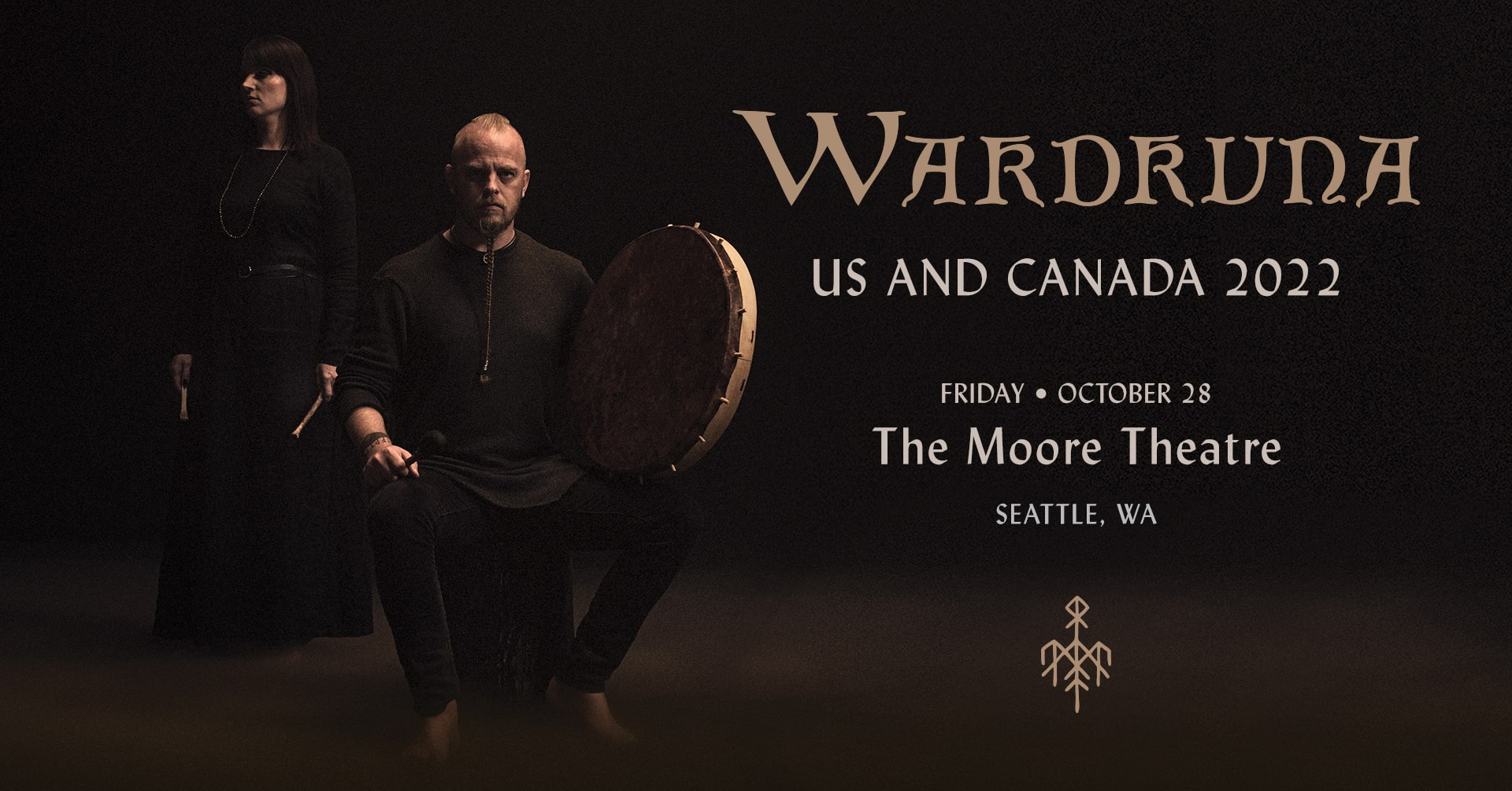 STG Presents & Emporium Welcomes Wardruna to The Moore Theatre on Friday, October 28, 2022. Tickets purchased for the previously scheduled October 9, 2020 and October 8, 2021 shows will be honored for entry.