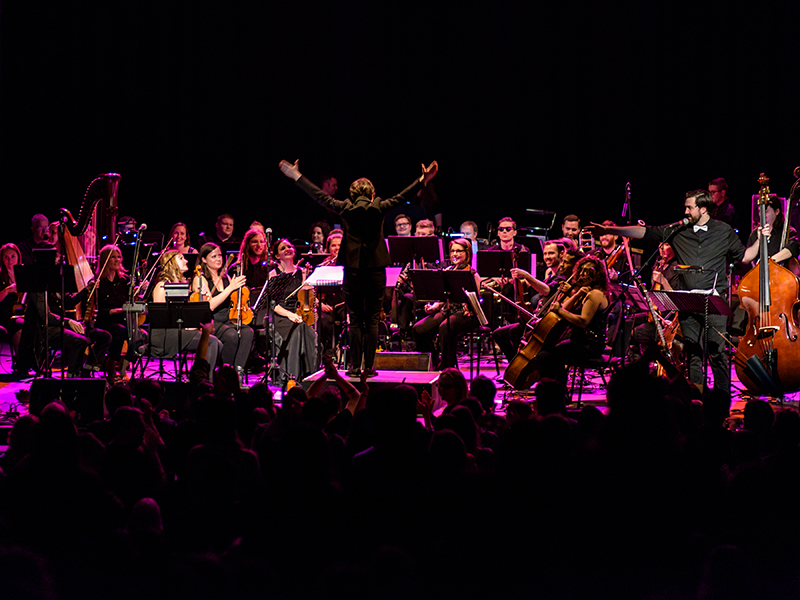 Seattle Rock Orchestra performs The Beatles' Sgt. Pepper's Lonely Hearts Club Band Seattle Rock Orchestra continues its deep dive into the complete Beatles' discography (an enduring Mother's Day tradition!) with a performance of their classic 1967 albums Sgt. Pepper’s Lonely Hearts Club Band and Magical Mystery Tour, both renowned for their experimentation, innovation, and ambition in their use of recording techniques and varied stylistic influences. Never performed live during The Beatles' short career, Seattle Rock Orchestra will caringly bring these two studio masterpieces to life for a live audience. Featuring the songs “Penny Lane,” “Strawberry Fields Forever,” "Lucy In the Sky With Diamonds,” "When I’m Sixty Four,” "A Day In the Life” and many more, this is a program you won't want to miss!

Seattle Rock Orchestra doesn't hide behind a rock band ... it is the rock band! SRO utilizes strings, woodwinds, brass, percussion, and rotating cast of exciting guest vocalists to deliver high energy tribute shows unlike any other. Each SRO show offers a dynamic mix of possibilities: a classy night out at the symphony with the infectious energy of a dance party; searing rock solos with intimate orchestral moments of staggering beauty; and fan favorite sing-alongs with lesser known 'deep cuts'—combining to create a fun yet profoundly moving night out that honors the featured artist's lasting legacy.

SRO was founded in 2008 by bassist, composer, and educator Scott Teske. After a spurt of rapid growth, (like a awkward teenager), Music Director and Conductor extraordinaire Kim Roy came onboard in 2010 to tame our unruly gang of musical misfits with her unique panache.

In addition to its acclaimed public performances, Seattle Rock Orchestra (and its variants) are available to add a touch of magic to weddings, corporate & private parties, galas, openings, and other special events.