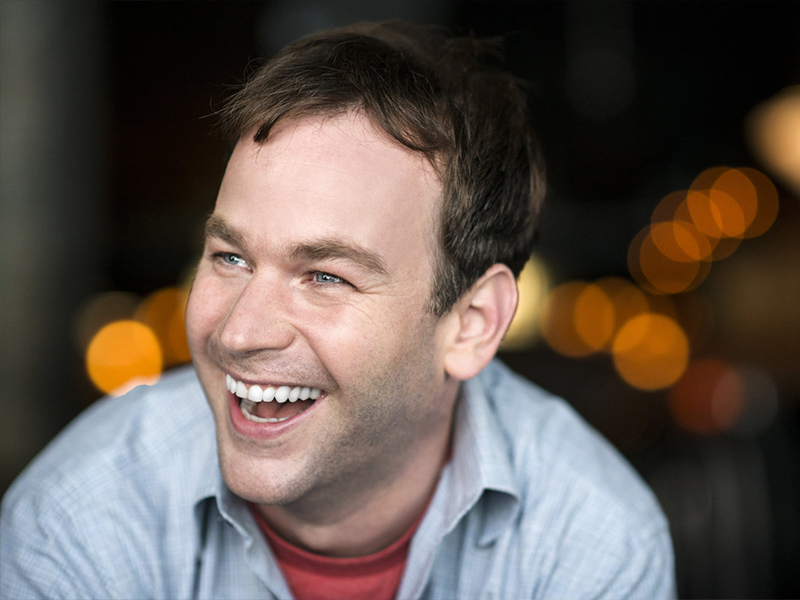 MIKE BIRBIGLIA is a comedian, storyteller, director and actor who has performed in front of audiences worldwide, from the Sydney Opera House to Broadway. His shows, “My Girlfriend’s Boyfriend” and “Thank God for Jokes,” were both filmed for Netflix. His most recent show, “The New One,” ran for 99 shows at the Cort Theatre.

In addition to performing live, Mike is an author and filmmaker who wrote, directed and starred in the films Sleepwalk with Me and Don’t Think Twice. Mike’s book “Sleepwalk with Me and Other Painfully True Stories” was a New York Times bestseller and a finalist for the Thurber Prize for American Humor. As an actor, Mike has appeared on “Inside Amy Schumer,” HBO’s “Girls” and “Broad City,” as well as in the films Trainwreck, The Fault in Our Stars and Popstar. He plays the role of Danny Pearson on “Orange Is the New Black” and Oscar Langstraat on Showtime’s “Billions.” He is a contributor to “This American Life” on public radio. In 2017, Mike was honored with the Kurt Vonnegut Award for humor.