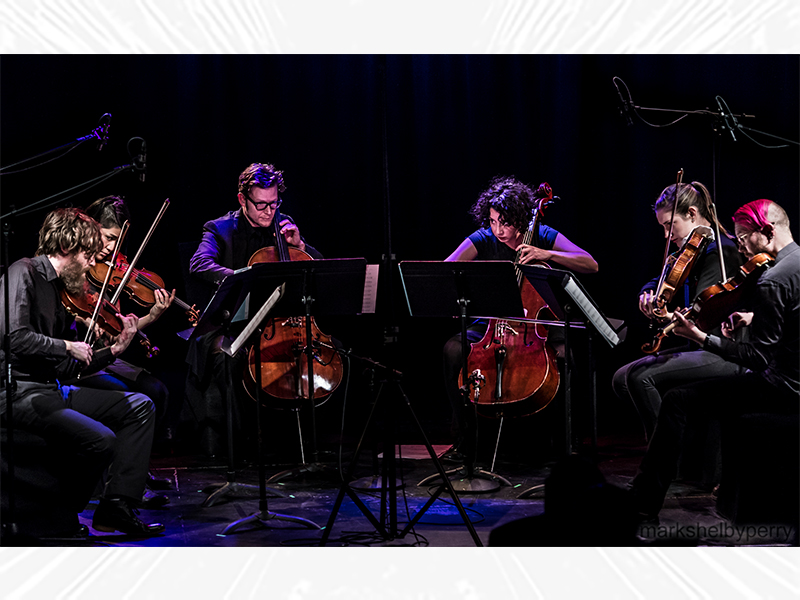 Jóhann Jóhannsson was an Icelandic composer most widely known for his award-winning film scores for The Theory of Everything, Arrival, and Sicario but equally adept in the concert music world. The American Contemporary Music Ensemble (ACME) toured with Jóhannsson from 2009 until his death in 2018, and can be heard on Jóhannsson’s 2016 Deutsche Grammophon album Orphée. In their overview of Jóhannsson’s music for small ensemble, ACME traverses his recorded catalog and performs music from his albums Englabörn, IBM 1401, Fordlandia, and Orphée. ACME wants Jóhannsson’s music to live on not only through the film scores for which he is well known, but in the concert hall as well.

Of ACME's performance of Jóhannsson's music, Rolling Stone declared that it had, “the glacial drama of minimalism, the familiar harmonies of church music, the keening drama of pop, the deep digital rumble of modern cinema – all in movements that feel about the length of a rock song.” An Earful reported, “Taken as a whole, the concert was as strong an argument for Jóhannsson’s ongoing presence in our musical lives as can be imagined. The performances were superb, exquisitely emotional but also precisely controlled.”