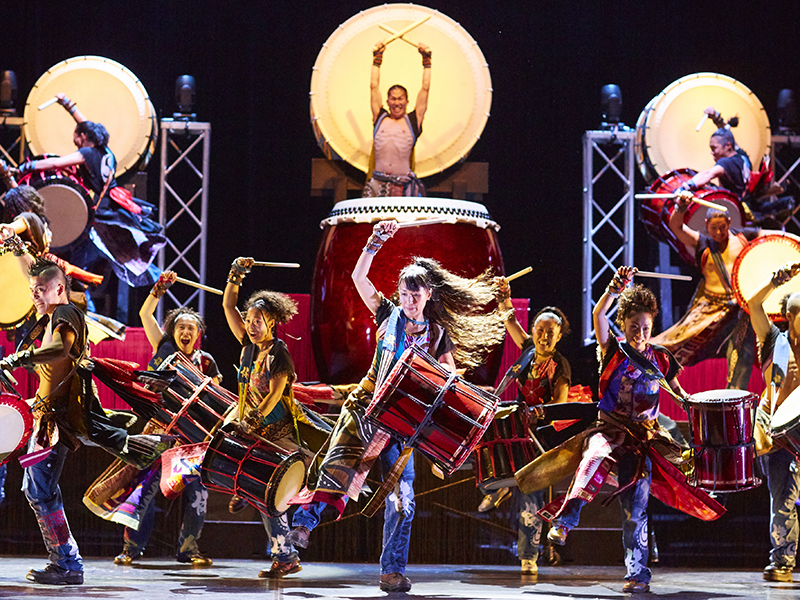 STG Presents Yamato Drummers of Japan at The Moore Theatre on February 14, 2022!

A group of dozens of players start their performance by hitting a Japanese taiko drum made from a large 400 year-old tree. They move their whole bodies to strike the drum with everything in their souls, creating a powerful surge of energy. Their live performances are so full of intensity that they make people's bodies jump and their hearts race faster. Audiences are overwhelmed by the beat of the music, as their bodies are uplifted in sync with the powerful sounds. This group, from beautiful Nara Prefecture in Japan, is able to exhibit great originality and innovation through this traditional Japanese musical instrument, the wadaiko (Japanese drum). This is the epitome of the Japanese spirit, a roaring sound that will make you experience new exciting adventures.