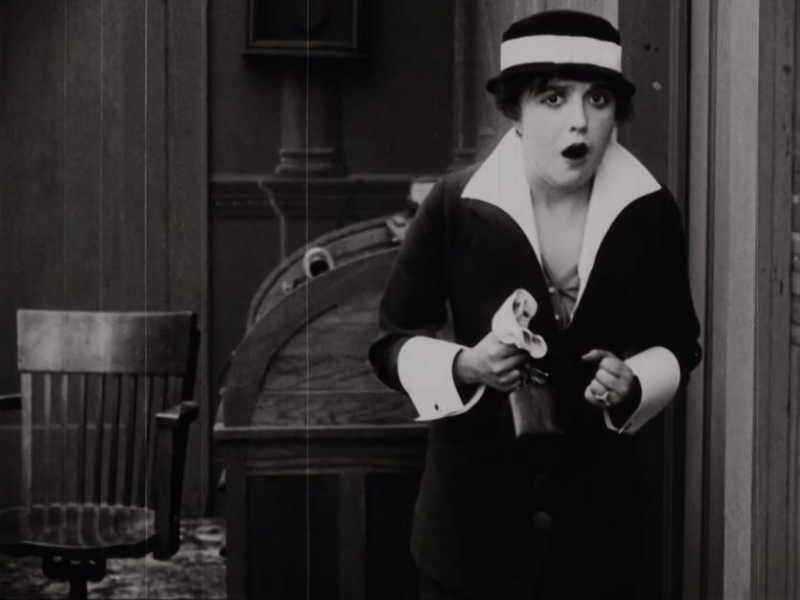 Music by Donna Parker on the Mighty Wurlitzer Organ
March 28, 2022 | The Paramount Theatre
Get Tickets

Selected shorts in comedy, drama and adventure are all directed by female film pioneers during the time of Early Cinema.  French director Alice Guy-Blaché is considered the first woman to direct a feature film.  Other filmmakers include Grace Cunard, Mabel Normand and Marion E. Wong.

Considered the first woman film director in the world, Alice Guy-Blaché made her first film in France in 1896.  She directed and produced close to 600 silents.  In 1910 she started her own company, Solax, in the New York area.

Havoc ensues when a drunk is inadvertently sewn into a mattress with the director demonstrating originality in comedy.

The story concerns a child’s earnest effort to keep her dying sister alive.

Renowned as the “Queen of the Serials,” Grace Cunard was as an actor, screenwriter and director in hundreds of films especially in Universal Studios’ popular adventure serials.

She co-directs and plays a young jewel thief in a tug-of-war over a priceless necklace with another thief.

Starring in hundreds of shorts and features for Mack Sennett’s Keystone Film Company, Mabel Normand was one of the earliest silent actors to function as her own director.

Normand starred in and directed this gender-bending comedy of errors and mistaken identity.

Starting the Mandarin Film Company in Oakland, California, Marion E. Wong was not only President but also screenwriter, director, actor and costume designer.

The first feature with an all Chinese-American cast and company, this film offers an important counterpoint to racist depictions of Asian characters in other films of  the period and explores the western influence on traditional Chinese society.