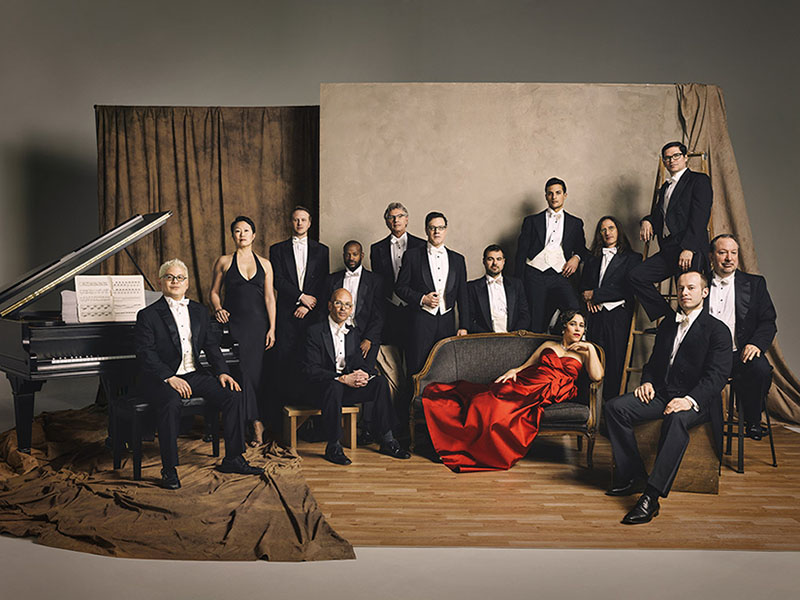 “Pink Martini is a rollicking around-the-world musical adventure… if the United Nations had a house band in 1962, hopefully we’d be that band.” – Thomas Lauderdale, bandleader/pianist

In 1994 in his hometown of Portland, Oregon, Thomas Lauderdale was working in politics, thinking that one day he would run for mayor. Like other eager politicians-in-training, he went to every political fundraiser under the sun… but was dismayed to find the music at these events underwhelming, lackluster, loud and un-neighborly. Drawing inspiration from music from all over the world – crossing genres of classical, jazz and old-fashioned pop – and hoping to appeal to conservatives and liberals alike, he founded the “little orchestra” Pink Martini in 1994 to provide more beautiful and inclusive musical soundtracks for political fundraisers for causes such as civil rights, affordable housing, the environment, libraries, public broadcasting, education and parks.

One year later, Lauderdale called China Forbes, a Harvard classmate who was living in New York City, and asked her to join Pink Martini. They began to write songs together. Their first song “Sympathique (Je ne veux pas travailler)” became an overnight sensation in France, was nominated for “Song of the Year” at France’s Victoires de la Musique Awards, and to this day remains a mantra (“Je ne veux pas travailler” or “I don’t want to work”) for striking French workers. Says Lauderdale, “We’re very much an American band, but we spend a lot of time abroad and therefore have the incredible diplomatic opportunity to represent a broader, more inclusive America… the America which remains the most heterogeneously populated country in the world… composed of people of every country, every language, every religion.”

Pink Martini has released 11 studio albums on its own independent label Heinz Records (named after Lauderdale’s dog), selling over 3 million albums worldwide. In 2019, the band released two EPs featuring the vocals of Pink Martini’s newest members Jimmie Herrod and Edna Vazquez. Both vocalists have toured with the band for the past year and are officially part of the group with the release of Herrod’s EP Tomorrow and Vaquez’s Besame Mucho, both of which were co-produced by Thomas Lauderdale and China Forbes.