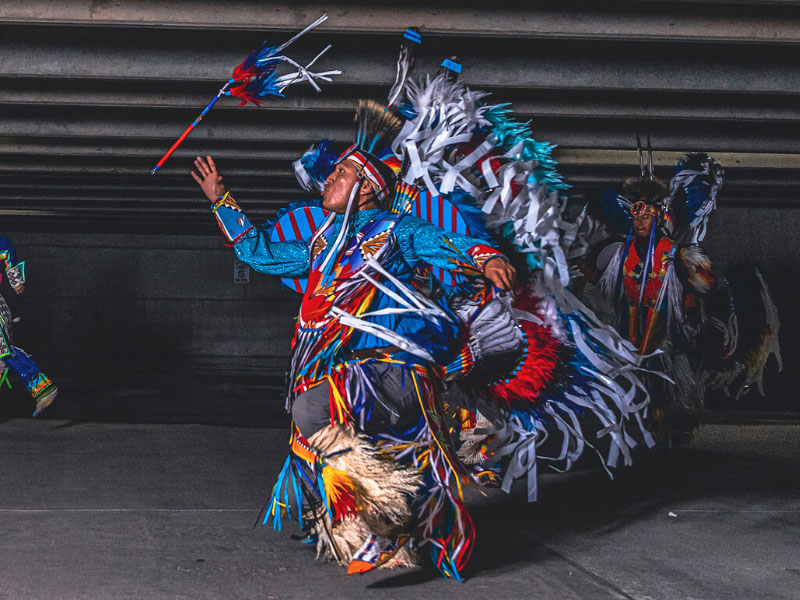 Indigenous Enterprise is a Native American dance troupe consisting of champion dancers from Canada and the United States. Their mission is to share the culture of Indigenous people and increase the understanding of Native identity through film, fashion, & dance. They have toured internationally and domestically since 2015. Indigenous Enterprise has produced five shows in Australia a total of since 2017 for various organizations. They are also the first Indigenous company to perform capacity sized shows at the Sydney Opera House in 2018 & 2019. In 2016 they collaborated and performed with the Black Eyed Peas for a music video and live concert. That production went on to win an award at the 2017 MTV VMA’s for the song “Stand-N-Rock”. In 2018 they won a film award for the documentary “Indigenous Enterprise'' at the international Chandler Film Festival. They performed in a sold out show at the Scotiabank arena in Toronto, Canada for the Rotary International conference in June 2018. In 2020 they made history by being selected to be the first Indigenous people to perform on Season 4 of NBC’s World of Dance with Jennifer Lopez. They were called upon by filmmaker and choreographer Kenny Ortega to participate in and bring Indigenous representation to the 2021 “Virtual Parade” of the Presidential Inauguration of Joe Biden. Indigenous Enterprise was also featured in “The New York Times” on New Years day of 2021 with the Joyce Theater company.