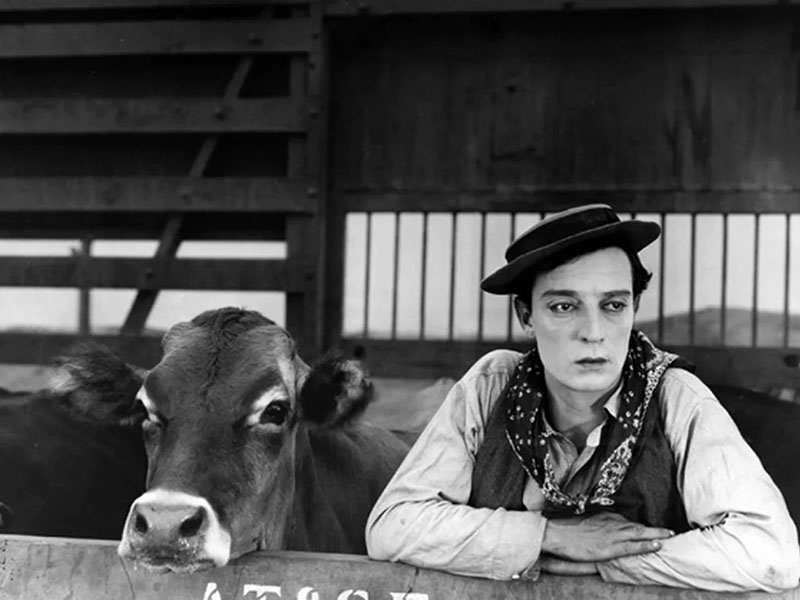 With Tedde Gibson on the Mighty Wurlitzer
November 21, 2022 | The Paramount Theatre
Get Tickets

Buster Keaton stars in the comedy GO WEST (1925) preceded by the short ONE WEEK (1920), both written, directed and produced by Keaton. With little luck at keeping a job in the city a New Yorker tried work in the country and finds his way leading a herd of cattle to the West Coast, co-starring Brown Eyes the cow. Placed on the National Film Registry by the Library of Congress in 2008 and featuring extraordinary sight gags, ONE WEEK involves a newlywed couple who receive a built-it-yourself house as a wedding gift.

Pre-film introduction and CineClub post-film discussion with Buster Keaton biographer and Slate film critic, Dana Stevens. Book sales and signing of Camera Man: Buster Keaton, the Dawn of Cinema, and the Invention of the Twentieth Century by Dana Stevens provided by Elliott Bay Book Company. Music by Tedde Gibson on the Mighty Wurlitzer.