STG has made the decision to move some of our Broadway Education programs online due to COVID-19. This is a preventative measure taken to support the health and well-being of our students, teaching team and partners as per the guidelines set by the CDC. Thank you in advance for your understanding. We look forward to resuming our in person sessions once restrictions are lifted.

If you are able to donate to support any of our programs, please visit our Support page - thank you!

STG works in partnership with the Northshore Senior Center and Lake Washington School District, Transition Academy to provide theatre arts programming to participants with neurodiverse needs. Adult participants meet twice a week to explore musical theatre and movement-based activities in a creative and safe environment. At the end of each quarter, participants present a final share, where family and community members are invited to observe and participate. This program is now run via livestream. Interested in participating or learning how to sign up for this program? Contact This email address is being protected from spambots. You need JavaScript enabled to view it.

Continuing the tradition of the Beyond the Curtain series for Broadway shows, STG will go virtual to discuss upcoming performances and themes. Your host Marisol Sanchez-Best, Associate Director of Education, will ask curated questions to artists about their artistry and their artistic journeys. Inspired by the power that the arts have to conjure our imagination, STG unravels the richness of these experiences by taking you Beyond the Curtain.

For more information, please contact This email address is being protected from spambots. You need JavaScript enabled to view it.

Here you will find programs STG has led in previous years or are currently postponed due to COVID-19.

STG thanks the Broadway League for a grant in 2013 to support the POWER OF HORSES residency, connecting to the themes of the play War Horse. This three-part series tells the story of the Power of Horses from therapeutic riding, working with ASL teens with learning sign mimes, and a visit by the teens to see the play War Horse along with a sign mime interpretation performed by the students. War Horse played at The Paramount Theatre in Seattle from February 13th to 24th, 2013.

WAR HORSE - Part 1 - In this first video, learn about how deaf riders at Little Bit Therapeutic Riding Center in Woodinville use horseback riding as a way for therapy.

WAR HORSE - Part 2 - In this video, Deaf artist Howie Seago conducted a residency in American Sign Language (ASL) with deaf teens at Edmonds-Woodway High, to teach them about sign mimes.

WAR HORSE - Part 3 - In this video, the deaf teens from Edmonds-Woodway High, came to the Paramount to watch the play, War Horse, and had a Q&A with the cast and for the finale of the project, the students interpreted the play with a sign mime performance. 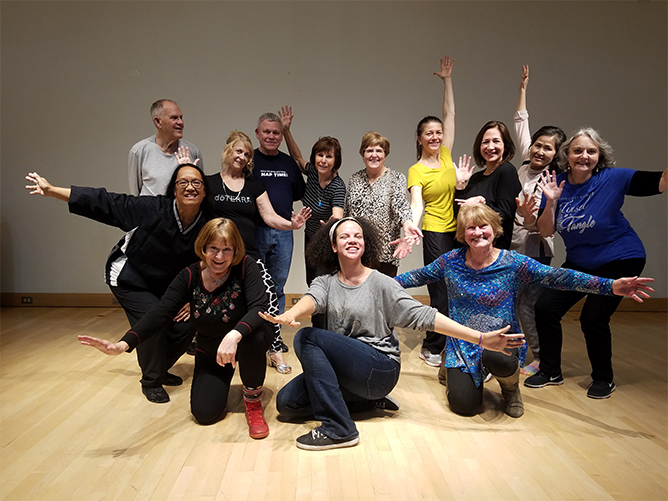 Photo from Broadway at Kent’s workshop for Summer: The Donna Summer Musical at Kent Senior Center

STG's Broadway at Kent is a workshop program in partnership with the Kent Senior Center, Kent Library and Seattle Theatre Group. Dancers of all skill levels and ages are invited to take classes inspired by Broadway shows being presented at The Paramount Theatre.  These classes are taught by local STG artists and not by a company member from the show. 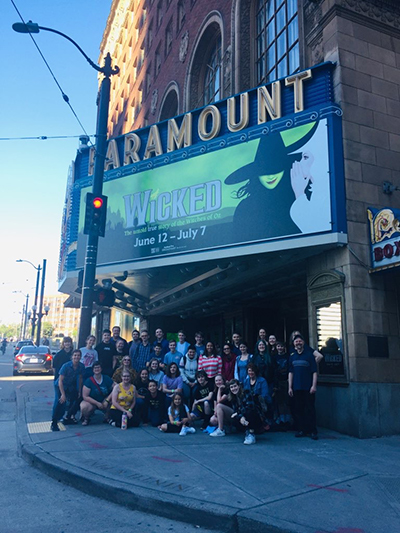 Beyond the Pit provides an opportunity for young musicians ages 14-20 of all skill levels to observe a free professional Broadway orchestra rehearsal at The Paramount Theatre. Jack Klitzman, STG’s Music Director for Broadway, provides music education background as local musicians work with touring show musicians to prepare for the upcoming show. To learn more about Beyond the Pit events, please email This email address is being protected from spambots. You need JavaScript enabled to view it..

Behind The Scenes Tours / Meet The Cast

Behind The Scenes Tours / Meet The Cast 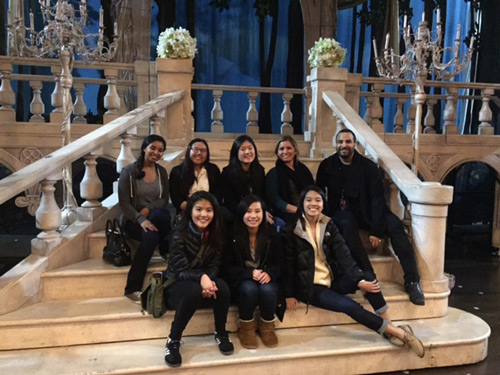 School or community groups attending a Broadway performance can request a behind the scenes tour or a talkback with the cast by emailing This email address is being protected from spambots. You need JavaScript enabled to view it.. 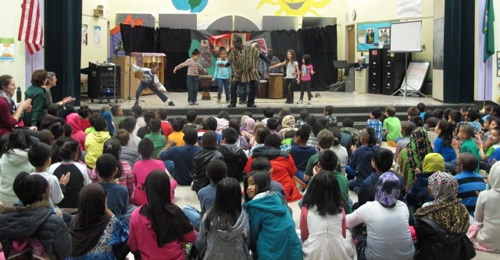 Want to customize a theatre workshop or residency at your school for one of the Broadway shows? Looking for an assembly? STG can provide one or multiple visits.