"Go forward and live or turn back and die" - Tubman

Tariqa Waters, owner and curator of Martyr Sauce, and the late Jonathan Moore founded the RE:DEFINITION gallery at the Paramount Theatre bar in 2015, a partnership with Seattle Theatre Group (STG) to redefine historic cultural space. The goal of the space was always to elevate underrepresented artists and issues of equity in our community. This mural (above) was commissioned by STG during the COVID-19 pandemic and coincides with the 5 year anniversary of the RE:DEFINITION gallery at The Paramount. The mural features co-founder Tariqa Water’s installation, a triple stack of Harriet Tubman $20 dollar bills bundled in RE:DEFINITION bands, and a custom mural by A.O. Hamer which also references Tubman's life through lyrics from “Soldier” by Erykah Badu.

We remain grateful to our RE:DEFINITION founders, Jonathan Moore and Tariqa Waters, for establishing this ongoing partnership. For more information on their contributions, as well as those of past curators, artists, and exhibits, please visit our archive.

CURATORS’ STATEMENT: As we celebrate 5 years of RE:DEFINITION in a city where artists and creatives are being pushed further and further to the margins, redefining historic cultural space has become all the more urgent and necessary. Founded in 2015 by co-curators, Tariqa Waters and the late, Jonathan Moore, the exhibit, located in The Paramount Theatre’s Lobby Bar aims to elevate underrepresented artists and issues of equity in our community. The anniversary exhibit will celebrate some of the artists and works that helped to establish and define Re:definition, while leaving space for new voices and perspectives to ensure the exhibit’s relevance moving forward.

ABOUT THE 2020 CURATOR: TARIQA WATERS 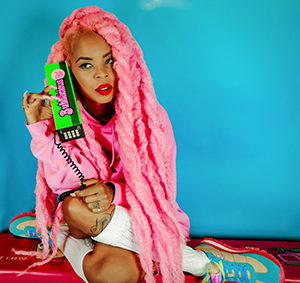 Born in Virginia, Waters developed an early interest in oil painting. Self-taught, she started working as a muralist while in Sicily where she lived from 2003–2007. Returning to the States, she began exhibiting work in Washington DC and Atlanta. Tariqa relocated to Seattle in 2012, where she opened a gallery in the historic arts district of Pioneer Square showcasing underrepresented artists called Martyr Sauce. Waters’ own artwork has been garnering support and critical acclaim in the region and abroad. In 2016, her popular solo exhibition, 100% Kanekalon: The Untold Story of the Marginalized Matriarch, exhibited at the Northwest African American Museum. In spring 2017, she was featured in issues of Rolling Stone France and Madame Figaro magazines, while that summer Martyr Sauce became a Cultural Partner to the Seattle Art Fair where Waters was a featured speaker. That same year Waters was nominated for the prestigious James W. Ray Distinguished Artist Award and she was awarded the Conductive Garboil Grant. In 2018, she received the Artist Trust Fellowship Award. She is one of the founding co-curators of STG’s RE:DEFINITION Gallery. 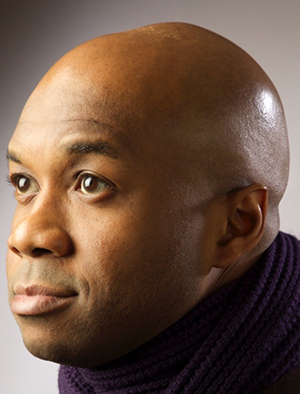 Jazz Brown is an autodidact who uses acrylic paint to create vivid, expressive compositions. His artistic approach presents intense vibration through contrasting hues, shapes, and textures. He is inspired by both the Minimalism art movement and the Bebop jazz offspring from the 1960s. Brown describes his technique as "consciousnesses on canvas."

Inquires can be made via This email address is being protected from spambots. You need JavaScript enabled to view it.. 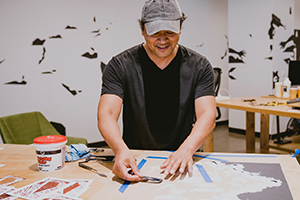 Romson Regarde Bustillo is a Pacific Northwest Artist with a rich layered background. Born in the Philippines on the large multi-ethnic/multi-faith island of Mindanao; his family immigrated to the United Sates in 1978. He is a 2018 Artist Trust Fellowship recipient. 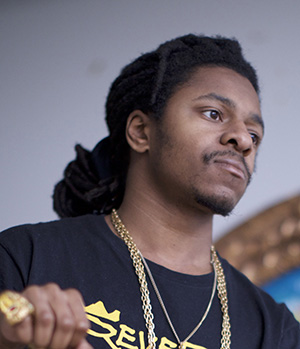 Ari Glass is a painter and designer born and raised in Seattle. He currently lives and works in Seattle’s South End, one of the most culturally diverse places in the United States. In his works, Ari tells a story about his ideas of “The King” and “The Kingdom.” He deals with concepts and stories of historical and fictional kings, queens and deities that he feels a personal connection with. The idea is that everyone is a sovereign ruler in their own kingdom, empowering the artist and the viewer. Ari uses gold as his primary medium, the element that has represented royalty and divinity since time immemorial. As a self-taught artist, Ari regularly demonstrates how art has a positive effect on people in Seattle and the world right now. Ari has shown work at Gallery 2312, Bellevue Arts Museum, King Street Station, The Paramount Theatre and The Pacific Tower, painted prominent murals in South Seattle and taught classes at The Center School, Franklin High School, Seward Park Clay Studio and more. He has been creating artwork his whole life and will never quit.

Inquires can be made via This email address is being protected from spambots. You need JavaScript enabled to view it.. 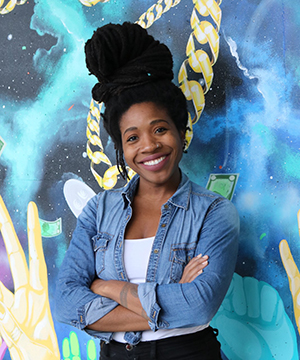 Aramis O. Hamer is a visual artist and muralist living in Seattle, WA. Her subject matter is inspired by the cosmos, music, nature, divine femininity, and the complexities throughout the Black culture. From a very young age she always loved to create, but at the age of fifteen she discovered her love for acrylic paints. With the supportive art community in the Pacific Northwest, Aramis has been able to exhibit her colorful creations at many different exhibitions in the greater Seattle area- including the EMP Museum, Paramount Theatre, Martyr Sauce Gallery, Columbia City Gallery, and more. In 2019, she was awarded the Cornish College of Arts Neddy Award in the painting category. As a self-taught artist, Aramis lets the pull of her imagination be her guide. Her adventure is just beginning, and she invites others to join her on this journey. 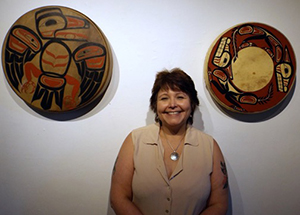 Margie Morris is a Raven/Frog clan Tlingit from Alaska who is currently a resident in the Pacific Northwest. She has been hand making elk hide drums with her intricate and detailed form line designs for over 30 years. In addition, Ms. Morris has been studying with master artists and cultural leaders in the areas of song, dance, carving and regalia making. Her work is found in Native Artist Markets in Washington State including at Folklife Festival, Daybreak Star, Evergreen State Community College Longhouse, Duwamish Longhouse, Kirshner Museum, Celebration in Juneau, Alaska Federation of Native in Anchorage, and in New York and DC at the National Museum of the American Indian. She loves creating new designs and to remind people that, “ Natives are not the past; We are still here and carrying on our traditional art.”

For more information, please contact This email address is being protected from spambots. You need JavaScript enabled to view it.. 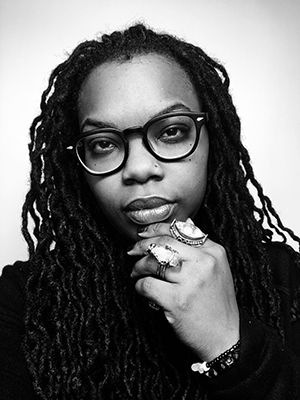 Jessica Rycheal is a multi-disciplinary Storyteller, Photographer, and Creative Director from Macon, Georgia. Her work embraces vulnerability as an act of resistance, as she weaves themes of healing, resilience, and self-preservation across a loom of visual arts and spoken word. She has been featured in the Northwest African American Museum, Bainbridge Island Museum of Art, NPR, Seattle Times, and City Arts Magazine. 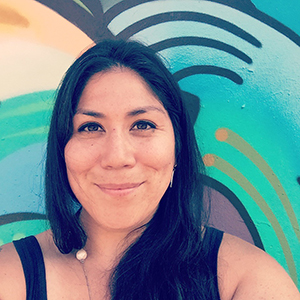 Angelina Villalobos, pseudonym 179, grew up in Seattle, Washington within a mosaic of cultures and ideas. Having been raised Americanized Mexican Catholic, Angelina’s work mixes the elements of her upbringing along with her interests to create a very unique style exclusive to her personality. Angelina received her Associate of Applied Science from Seattle Central Community College Graphic Design Program in 2008, but discovered she liked the tangibility of creating art by hand rather than the distant world of computers. The inspiration for her body of work are stories humans have created to explain the unknown; tales about animals and their wit especially peak her interest. In combining these elements, Angelina creates a fairy-tale land filtered through the eyes of an anime and comic book lover. 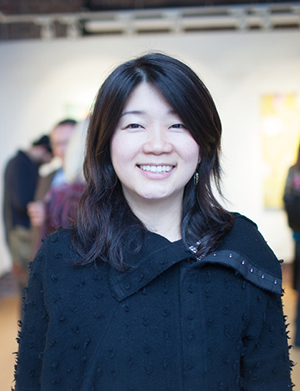