Silent Movie Mondays honor the history of The Paramount Theatre, from when it opened its doors on March 1, 1928 with the feature film FEEL MY PULSE starring Bebe Daniels and William Powell. Each season, Seattle Theatre Group presents silent films accompanied by organists on the Mighty Wurlitzer, original to the theatre, or new music commissions performed by live ensembles. These iconic films look back at the past and often inform the present. The art of cinema is embraced by introductions and CineClub post-film discussions led by regional and national film professionals. All are welcome to Silent Movie Mondays with accessible tickets priced at $10 for adults and $7 for students and seniors.
- Vicky Lee, Curator and STG Director of Education & Performance Programs 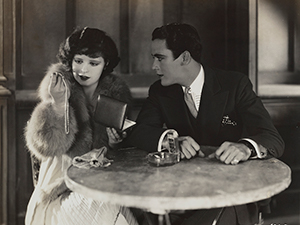 Get Your Man (1927), stars Clara Bow with Charles "Buddy" Rogers and is directed by Dorothy Arzner, in her debut year. As a young American girl in Paris, Bow falls in love with a handsome nobleman, but he is about to wed in an arranged marriage. She hatches a plan to overcome that obstacle and get her man. Musical accompaniment by Donna Parker on the Mighty Wurlitzer Organ. Tickets & more info here. 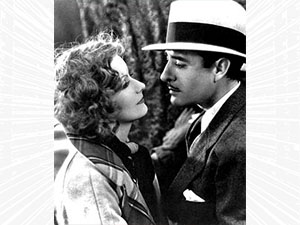 A Woman of Affairs (1928), stars Greta Garbo with John Gilbert and Douglas Fairbanks Jr. and is directed by Clarence Brown. When two childhood sweethearts are kept from marrying, misery ensues, as Garbo searches for love with style, flair, and passion. The film, based on the best-selling novel The Green Hat, written by Michael Arlen who also wrote the screenplay with Bess Meredyth, was nominated for an Academy Award for best writing. Musical accompaniment by Christian Elliott on the Mighty Wurlitzer Organ. Tickets & more info here. 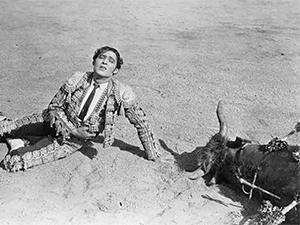 Blood and Sand (1922) stars Rudolph Valentino with Lila Lee and Nita Naldi and is directed by Fred Niblo. The film was based on the 1909 Spanish novel with the screenplay by June Mathis, credited as discovering Valentino, and edited by Dorothy Arzner who later became one of the first female film directors. Juan Gallardo (Valentino), born into poverty, grows up to become one of the greatest matadors in Spain. He marries a friend from his childhood, but after achieving fame and fortune finds himself drawn to a seductive wealthy widow as the drama ensues for the famous bullfighter. Introduction and CineClub hosted by director/cinematographer John Gordon Hill. Musical accompaniment by Christian Elliott on the Mighty Wurlitzer Organ. Tickets & more info here.